President-elect Trump is defying the will of the deep state, military industrial complex base of ultimate power in the United States.
That is why he is treading dangerous waters, and risks the fate of JFK.

It isn’t just that Donald Trump routinely thumbs his nose at the establishment, insults media figures he sees as unfair and bucks conventional wisdom.

It is that President-elect Trump is defying the will of the deep state, military industrial complex base of ultimate power in the United States. That is why he is treading dangerous waters, and risks the fate of JFK.

Trump publicly dissed the intelligence community assessments on Russian hacking; they retaliated with a made up dossier about the alleged Trump-Putin ‘golden shower’ episode.

While it may be a silly falsehood, it may also be serving as a final warning that they get to script reality, not him.

Perhaps they want Trump to feel blackmailed and controlled by alluding to fake dirt, while reminding him of the real dirt they hold on his activities (whatever it may be).

Insulting the credibility of the intelligence community in a public way – as the man elected to the highest office in the land – is liable to ruffle a few feathers, and it could provoke a serious response.

Trump knows the power of the people he is taunting, but he may not be aware of where the line is between play in political rhetoric and actually irritating and setting off those who control policy.

There is plenty of Trump misbehavior that can be simply written off, or trivialized, but cutting into the war and statecraft narrative of the shadow government steering this deep state is a deviation too far.

It is one thing to play captain, but another to imagine that you steer the ship. They are happy for Trump to take all the prestige and privileges of the office; but not for him to cut into the big business of foreign conflict, the undercurrent of all American affairs, the dealings in death, drugs, oil and weapons, and the control of people through a manipulation of these affairs.

If President Trump takes his rogue populism too far, he will suffer the wrath of the same people who took out Kennedy… there are some things that are not tolerated by those who are really in charge.

And now leaders in the Senate are warning President-elect Trump about the stupidity of going against the national-security establishment.

In a truly remarkable bit of honesty and candor regarding the U.S. national-security establishment, new Senate minority leader Charles Schumer has accused President-elect Trump of “being really dumb.”… for taking on the CIA and questioning its conclusions regarding Russia.

“Let me tell you, you take on the intelligence community, they have six ways from Sunday at getting back at you…. He’s being really dumb to do this.”

Kennedy… After the Bay of Pigs, he vowed to tear the CIA into a thousand pieces and scatter them to the winds. He also fired CIA Director Allen Dulles, who, in a rather unusual twist of fate, would later be appointed to the Warren Commission to investigate Kennedy’s murder.

Kennedy’s antipathy toward the CIA gradually extended to what President Eisenhower had termed the military-industrial complex, especially when it proposed Operation Northwoods, which called for fraudulent terrorist attacks to serve as a pretext for invading Cuba, and when it suggested that Kennedy initiate a surprise nuclear attack on the Soviet Union.

Worst of all, from the standpoint of the national-security establishment, [Kennedy] initiated secret personal negotiations with Soviet Premier Nikita Khrushchev and Cuban leader Fidel Castro, both of whom, by this time, were on the same page as Kennedy.

Kennedy was fully aware of the danger he faced by taking on such a formidable enemy.

And to the extent that President Kennedy consciously stood up to the system, he paid the price for his attempt at independent wielding of power from the Oval Office.

It is a shuddering thought. A sharp lesson in history that must not be misinterpreted.

The implications for Trump are quite clear. If his refusal to take intelligence briefings, or follow CIA advice is serious, then serious consequences will follow. If Trump is serious about peace with Putin when they insist on war, there will be a problem.

There are several powers behind the throne that have wanted to ensure that presidents don’t let the power go to their head, or try to change course from the carefully arranged crisis-reaction-solution paradigm.

True peace is not good for military industrial complex business; true peace, without the persistence of grave threats, and plenty of sparks of chaos to back it up, cannot be tolerated.

As things have progressed today, making friendly with Putin, and calling off the war with Russia may simply be impermissible. If Trump is attempting to negotiate his own peace – and sing along with Frank Sinatra’s “My Way” at the inauguration, then he is in for a very rude awakening.

If, on the other hand, he is the Trump card being played by this very same establishment, then things may develop according to the same ultimate objectives, albeit through a ‘wild card’ path styled after the ego of President Trump.

With Goldman Sachs and neocon advisors filling up his administration, Trump may be simply nudged in the right direction. But the intelligence community is not willing to take many chances – and there are clearly contingencies in place.

As SHTF has previously reported, the continuity of government “Doomsday” command-and-control planes were brought out after the election as a public show of power to Trump and the American people. The shadow government is real, and for now, maintains dominance. 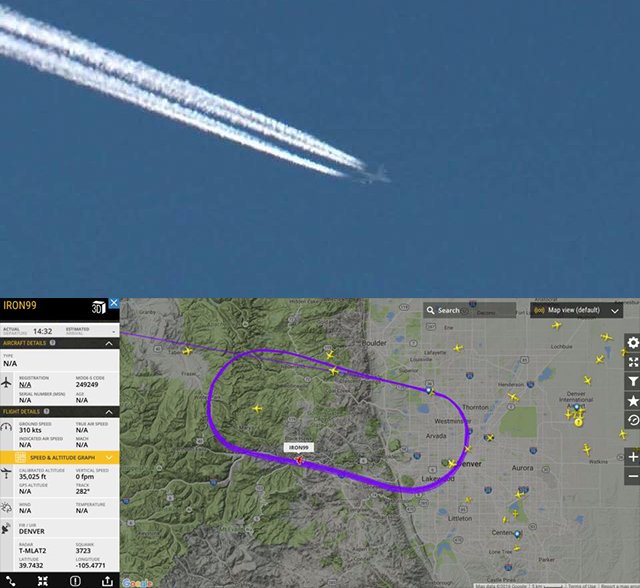 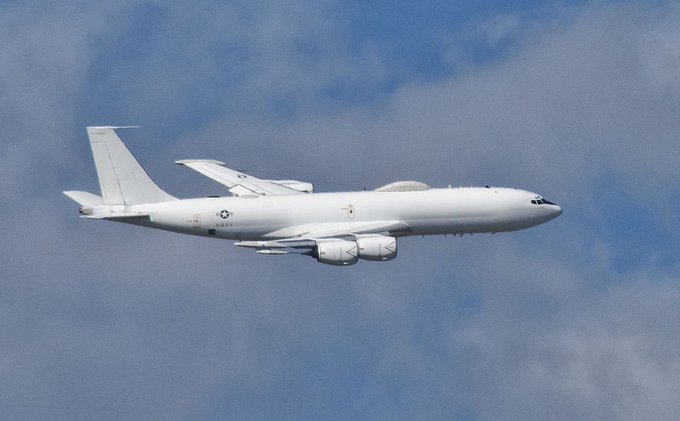 Former congressman and presidential candidate Ron Paul warned of the shadow government taking control of President Trump’s administration before it was even formed:

Trump is reportedly retaining his own private security, bucking the protocol of Secret Service detail… and this clearly a sign that he and his team have thought through security issues and the possibility of an inside job.

This is prudent, but these deep state guys have access throughout the system at every level. They are anywhere, and everywhere. Probably someone that Trump trusts. There are certainly many threats.

For the sake of the stability of this country, and President-elect Trump’s own life, let us hope that they stay several steps ahead of anyone who might want to do him harm.

This is eerie, but real.

On a personal level, it seems wise to prepare for the possibility of widespread unrest due to political instability.

Tread carefully at the scene of the inauguration, and any high profile political gatherings or demonstrations.

Riots at the inauguration, or in cities throughout the country are possible, maybe even likely, as is an attempted assassination. Even if this scenario is a long shot, and taboo to even discuss, the role of the CIA in past coups, revolutions and uprisings is enough to warrant taking precautions.

There is an element of chaos present during this unprecedented transfer of power to the 45th president, and a wounded animal in the defensive-attack posture.

If you are at a protest, either as a participant, or as an observer, remain aware of the larger actions of the crowd, identify potential provocateurs and stay away from points of potential violence. Police could use anti-riot gear and spray the crowd, fire rubber bullet, use microwave heating or auditory devices, make mass arrests, or block off large portions of the city.

If anything significant happens, use any available phone or camera to film it, but be prepared for confiscation or technologies to wipe phones. An EMF shielded bag could block this; live stream or upload instantly to as many video platforms as possible, but they have been known to jam cell phone signals at mass gatherings and demonstrations. Make copies and store a physical copy, and several back-ups.

If you are at home, do not wait for the all clear signal from the authorities, shelter in place and prepare to ride out a storm, if something sensational or deadly takes place and panic spreads. Do not trust the media; and try to take notice if a coup has taken place, and constitutional authority subverted.