Those whom the gods wish to destroy they first make mad.

Before I get into the meat of this post, I want to revisit something I wrote back in January.

From the post, Very Powerful People in the U.S. Government Want War – This is Their Sales Pitch:

We need to understand that those who want this war will be absolutely relentless. The sales pitch will not end until they get exactly what they want. This is where all of us critical thinkers need to play a key role. We must be prepared to diligently analyze all unsubstantiated official claims, and push back against the war-mongers, because we know for certain the oligarch-owned corporate media won’t. We must be prepared to inform our fellow citizens about what’s happening so that we don’t fall victim to a cheap sales pitch with devastating consequences. Unfortunately, we must also be prepared for a possible deep state false flag if the current sales tactic falls on deaf ears.

America cannot win a global war of such a scale if it is based on false pretenses and in the absence of exceedingly strong public support. This support does not exist. Will this serve as a necessary restraint against the masters of war and their devious plans? It’s too early to tell, but I do know that if we are unnecessarily pushed into a global conflagration, it will not end well for us. If this is the road our twisted status quo insists on taking us down, let us never forget who they are and the self-serving motivations behind their actions.

Four months later, the deep state got exactly what it wanted. Trump’s weaknesses have been identified and exploited, and he’s successfully been manipulated into neocon foreign policy like George W. Bush and Barack Obama before him. I’ve spent much of the past several months warning about exactly what happened last night, but the die is now cast. There’s no turning back from the path we’re on.

And don’t give me this garbage about Trump playing “4D chess.” Trump’s a brilliant salesman, and that’s about it. There’s nothing special or superior about Donald Trump intellectually, and he’s one of the most unwise people to ever become President. There was a hope he meant what he said about non-interventionism during the campaign, but that hope should be entirely extinguished at this point. Trump is a very weak man desperately looking for praise from those he claims to hate.

The purpose of today’s post is not to discuss what happened last night. All of you have read the news by now. My intent today is to explain what I think this means for the years ahead. I believe last night’s strike represents the beginning of the end for U.S. empire. Although the U.S. has been declining domestically for this entire century, America has still been calling all the shots on the international front. This makes sense in late-stage empire, as the focus of the fat and happy “elite” becomes singularly obsessed with domination and power, while the situation back home festers and rots.

Trump won on an “America first” platform that promised to emphasize the well-being of American citizens over geopolitical adventurism. We now know for certain he’s been manipulated into the imperial mindset, and his recklessness will merely accelerate U.S. decline on the world stage, and in turn, back home.

If anyone’s playing 4D chess it’s Russia. Russia is anti-fragile at this point, as has been proved by Putin’s survival in the face of economic sanctions, a collapsing ruble and a plunge in oil prices. Putin is still standing and arguably as powerful as ever. Not to mention the fact that the USSR completely disintegrated and collapsed within the past 30 years. They’ve been through a lot as a people. Meanwhile, the U.S. is extraordinarily fragile and weak by comparison, a distinction that will become quite obvious to us all in the years ahead. I don’t say this with any hint of glee or schadenfreude, I’m just stating the facts as I see them.

None of this implies that Russia’s leadership are a bunch of good people by any means. What I am saying is that they are a thousand times more strategic and intelligent compared to U.S. leadership.

To prove the point, this would be a good time to review a post I published back in 2014, Tensions Between the U.S. and Russia Are Worse Than You Realize – Remarks by Foreign Minister Sergey Lavrov. Here’s some of what I noted:

There are two reasons I think the following remarks by Russian Foreign Minister Sergey Lavrov are so important.

First, as someone who spends much of his time analyzing and critiquing the many destructive policy decisions made by American “leaders,” I was shocked to find how accurate his description of the U.S. power structure’s mindset seems to be. He gets it, and he is more or less trying to warn the world that America’s leaders are basically power-drunk children. I concur.

Second, Lavrov also describes the negative impact that this behavior has had on the Russian psyche generally. He expresses dismay that the U.S. status quo sees the world as unipolar, and attempts to tackle every problem from the perspective that might is right. In no uncertain terms, Lavrov makes it clear that Russia will not stand for this. I don’t think the Russians are bluffing, so this is a very dangerous situation.

If there was actually someone in the U.S. State Department capable of such introspective and clear thinking, we might actually defuse this situation. Don’t hold your breath.

You should really read the entire post to see Lavrov’s comments for yourself in order to truly understand why I came to the above conclusions.

U.S. leadership is an absolute joke and will drive this entire country into a brick wall in the years ahead. John McCain, Lindsey Graham, Chucky Schumer and Nancy Pelosi, are you kidding me? They remind me of George Armstrong Custer, and we all know how that turned out.

The media is even worse. In what Glenn Greenwald accurately called “one of the sickest things ever to appear on US television,” MSNBC’s Brian Williams gushed about the “beauty” of U.S. cruise missiles. 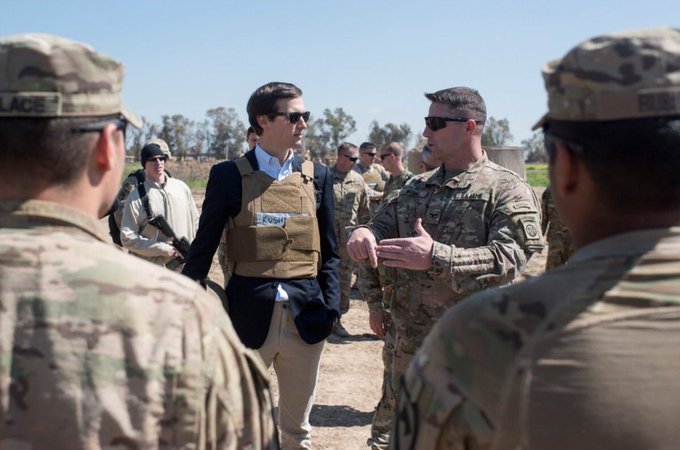 This is not the sort of thing you see in a confident, brave, and civilized nation, it’s the sort of stuff you’d expect to see toward the end. It’s the stuff of craven war-mongers, of dishonest cowards, of a totally deranged and very dangerous media. The signs are everywhere; imperial decline is set to accelerate rapidly in the coming years.

Fine, but how is all this going to play out? Obviously nobody really knows, but I do think we’ve entered a new period in American history. I think it’s basically a crossing of the Rubicon moment for the American empire. Personally, I don’t expect a strong and visible military response from Russia in the near-term. I don’t think Putin wants to give the U.S. media and newly minted neocon Donald Trump an excuse to do anything truly crazy, which they can blame on Russia in the court of public opinion.

I think Putin is too smart for that. Rather, what I think he’ll do is make all sorts of moves behind the scenes to weaken America’s economic power, while at the same time engaging in minor provocations to tempt the imbeciles in charge of U.S. foreign policy to make further mistakes abroad, to which they’ll emphatically oblige.

In other words, Russia will attempt to make the U.S. extend itself further in a region where no real success is possible, at the same time that the American economy deteriorates further. Recall that the current very weak economic “recovery” has been going on for nearly a decade. This cycle is very long in the tooth, and all Russia really needs to do is sit back, make some moves behind the scenes and allow the U.S. to collapse upon itself in its hubris and stupidity. This is precisely what I think is going to happen.

Finally, let’s not forget the following.

Expect more of all the above as the U.S. empire enters its most devastating phase of collapse. Think about what it might mean for you and your family and prepare accordingly.

If you enjoyed this post, and want to contribute to genuine, independent media, consider visiting our Support Page.