Trump made gains among blacks. He made big among Latinos. He made gains among Asians. The ONLY major racial group where he didn’t get a gain of greater than 5% was WHITE people. I want to repeat that: the group where Trump’s message resonated least over what we would predict from a generic Republican was the white population.

Scott Alexander has just penned what is perhaps the most brilliant, and important, post-election article I have read. It’s titled, You Are Still Crying Wolf, and here are the first few paragraphs:

[Content warning: hate crimes, Trump, racism. I have turned off comments to keep out bad people who might be attracted by this sort of thing. Avoid sharing in places where this will attract the wrong kind of attention, as per your best judgment. Please don’t interpret anything in this article to mean that Trump is not super terrible]a

[Epistemic status: A reduction of a complicated issue to only 8000 words, because nobody would read it if it were longer. I think this is true but incomplete. I will try to discuss missing parts at more length later.]

A New York Times article from last September that went viral only recently: Crying Wolf, Then Confronting Trump. It asks whether Democrats have “cried wolf” so many times that nobody believes them anymore. And so:

When “honorable and decent men” like McCain and Romney “are reflexively dubbed racists simply for opposing Democratic policies, the result is a G.O.P. electorate that doesn’t listen to admonitions when the genuine article is in their midst”.

I have a different perspective. Back in October 2015, I wrote that the picture of Trump as “the white power candidate” and “the first openly white supremacist candidate to have a shot at the Presidency in the modern era” was overblown. I said that “the media narrative that Trump is doing some kind of special appeal-to-white-voters voodoo is unsupported by any polling data”, and predicted that:

If Trump were the Republican nominee, he could probably count on equal or greater support from minorities as Romney or McCain before him.

Now the votes are in, and Trump got greater support from minorities than Romney or McCain before him. You can read the Washington Post article, Trump Got More Votes From People Of Color Than Romney Did, or look at the raw data (source).

Trump made gains among blacks. He made big among Latinos. He made gains among Asians. The only major racial group where he didn’t get a gain of greater than 5% was white people. I want to repeat that: the group where Trump’s message resonated least over what we would predict from a generic Republican was the white population.

Nor was there some surge in white turnout. I don’t think we have official numbers yet, but by eyeballing what data we have it looks very much like whites turned out in equal or lesser numbers this year than in 2012, 2008, and so on.

[EDIT: though see here for an alternate perspective]

The media responded to all of this freely available data with articles like White Flight From Reality: Inside The Racist Panic That Fueled Donald Trump’s Victory and Make No Mistake: Donald Trump’s Win Represents A Racist “Whitelash”.

I stick to my thesis from October 2015. There is no evidence that Donald Trump is more racist than any past Republican candidate (or any other 70 year old white guy, for that matter). All this stuff about how he’s “the candidate of the KKK” and “the vanguard of a new white supremacist movement” is made up. It’s a catastrophic distraction from the dozens of other undeniable problems with Trump that could have convinced voters to abandon him. That it came to dominate the election cycle should be considered a horrifying indictment of our political discourse, in the same way that it would be a horrifying indictment of our political discourse if the entire Republican campaign had been based around the theory that Hillary Clinton was a secret Satanist. Yes, calling Romney a racist was crying wolf. But you are still crying wolf.

I avoided pushing this point any more since last October because I didn’t want to look like I was supporting Trump, or accidentally convince anyone else to support Trump. But since we’re past the point where that matters anymore, I want to present my case.

That’s just the tip of the iceberg from a spectacular piece of writing. It’s lengthy, but don’t let that scare you away. If you don’t have the time, make the time. Then share it with all your friends who are obsessed about how Trump signifies that white nationalism is ascendant, while at the same time failing to consider many of the more acute and realistic risks that a man like Trump represents. Here is the link, once again: You Are Still Crying Wolf.

Observing Trump primarily through the largely media/Democratic Party lens of extreme bigotry is not only wrong, it is very dangerous. Not because I’m a Trump supporter (I didn’t support Trump or Clinton), but because the public resistance to him will then focus its energy around this one-dimensional notion that the main battle is to fight back against the white supremacist who has taken over the White House.
This “crying wolf” takes everybody’s eye off the ball, divides the citizenry based on what is largely a false narrative, and it subdues and confuses the needed resistance to Trump on other, but less emotionally powerful, matters of public importance. It’s sort of like how the media and politicians successfully fear-mongered the public into sacrificing their civil liberties after 9/11, despite the fact that being killed by a terrorist is extraordinarily unlikely.

As I’ve been saying for years, if we really want to make progress, we need to find those issues that unite us as Americans, and fight together to achieve them. If we allow ourselves to be divided and conquered on the basis of identity politics, or anything else, we are truly doomed.

Finally, let’s take a break from saying “Trump is literally Hitler” and recognize the following. 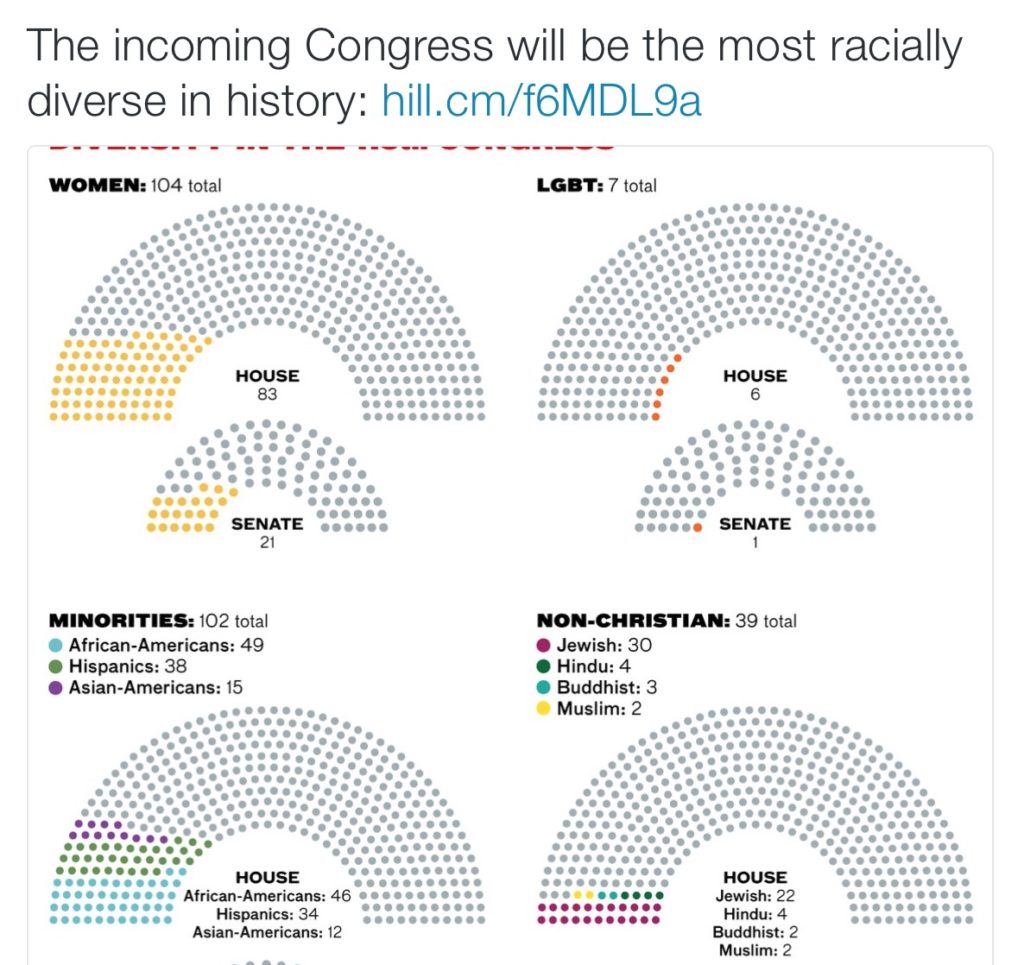