Breaking: One of the tankers has now sunk according to reports:

#BREAKING: One of the damaged tankers, Front Altair, has sunk in Gulf of Oman, according to IRNA pic.twitter.com/E3DfwB6EbH

First video of one of the burning tankers is emerging:

The US Navy’s Fifth Fleet says it is aware of a “reported attack” on two oil tankers in the Gulf of Oman. https://t.co/hJkujpEpIl

Photos from the deck of Front Altair: 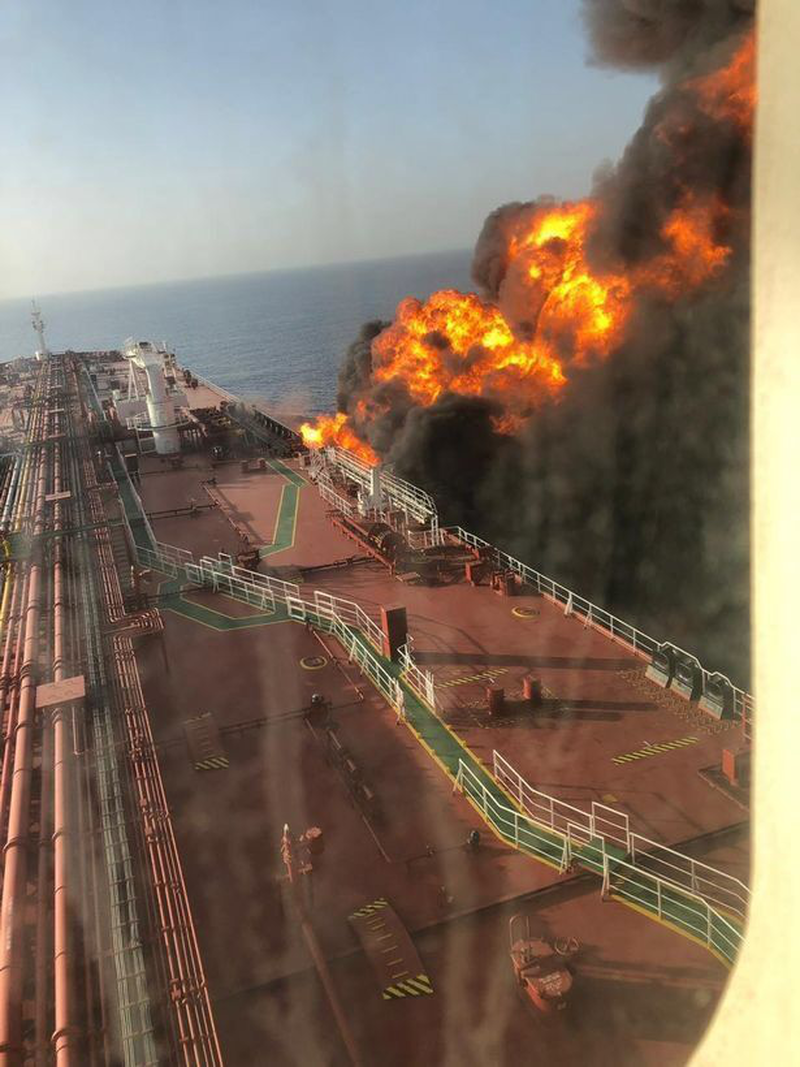 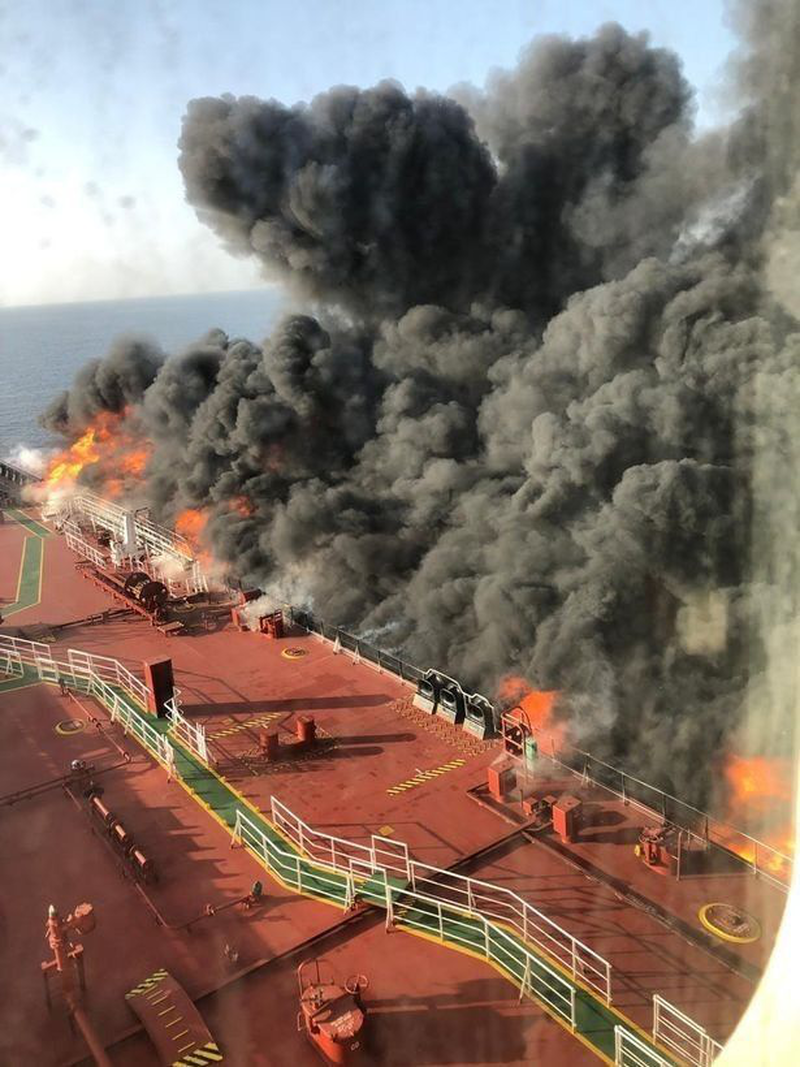 Brent Crude oil has jumped 4% to over $62/barrel on the news.

A Search and Rescue op for the sailors is underway:

#BREAKING: Highly possible that the #IRGCNavy is behind the attack at Front Altair & Kokuka Courageous Oil tankers in Gulf of #Oman this morning. #Iran Navy vessels from the Jask Naval base as well as Naji Search & Rescue boats are rescuing the sailors on one of the oil tankers. pic.twitter.com/j7wbdlldU9

Per the Jerusalem Post’s Seth Frantzman, Poseidon-8 surveillance has been sent to the area to monitor:

According to the report above a P-8 was sent after the attack to monitor developments pic.twitter.com/Qr0amUqskV

Whether the attack was actually carried out by the IRGC or was a False-Flag to implicate Iran and trigger a war with Iran is fairly irrelevant at this point- Iran will surely be blamed, and a massive mid-east war (one that is HIGHLY likely to draw in Iran allies Russia and China) may have just seen its “Day that will live in infamy” moment.

This is an attack on the United States! https://t.co/vn5EYg4xZX

The moment the US launches an attack on Iran, expect Iran, the IRGC (separate military entity), and all Iranian proxies (Hezbollah, Syria, Hamas, PIJ (Palestinian Islamic Jihad) to instantly attack Israel.  Israel will be forced to defend herself, and just like that, the Third World War could begin exactly according to the plan that Satanist and illuminist founder Albert Pike laid out in his letter explaining how 3 wars were needed to bring about a New World Order:

The Third World War must be fomented by taking advantage of the differences caused by the ‘agentur’ of the ‘Illuminati’ between the political Zionists and the leaders of Islamic World. The war must be conducted in such a way that Islam (the Moslem Arabic World) and political Zionism (the State of Israel) mutually destroy each other. Meanwhile the other nations, once more divided on this issue will be constrained to fight to the point of complete physical, moral, spiritual and economical exhaustion.

We shall unleash the Nihilists and the atheists, and we shall provoke a formidable social cataclysm which in all its horror will show clearly to the nations the effect of absolute atheism, origin of savagery and of the most bloody turmoil. Then everywhere, the citizens, obliged to defend themselves against the world minority of revolutionaries, will exterminate those destroyers of civilization, and the multitude, disillusioned with Christianity, whose deistic spirits will from that moment be without compass or direction, anxious for an ideal, but without knowing where to render its adoration, will receive the true light through the universal manifestation of the pure doctrine of Lucifer, brought finally out in the public view. This manifestation will result from the general reactionary movement which will follow the destruction of Christianity and atheism, both conquered and exterminated at the same time.

Meanwhile, an entire US Naval Strike Group just happens to already be on scene in the Gulf of Oman…

My explainer of why today’s events in the Gulf of Oman could have massive global ramifications: pic.twitter.com/hFjxPVGQmn