Various states in the Southeast, including Alabama, Tennessee, & Georgia declared states of emergency ahead of what could be substantial gas shortages.

Buy 90% Silver Half Dollars at the Lowest Price Online
As Low As $1.99/oz Over Spot!

Editor’s Comment: This is how quickly things can unravel. The Colonial Pipeline leak has barely made the news, and yet much of the entire Deep South is facing shortages at the pump, long lines, price gouging and limited amounts through rationing. Although officials expect things to return to normal within a few days, the population is already facing pressure as a result of this issue.

Just imagine if the problem had been bigger or more widespread. Society carries on each day with the illusion of permanence and stability, but the true is that it is so vulnerable, that all it takes is one flash crisis, and things devolve within a matter of hours. Worse, there is no way of predicting what kind of crisis will/could hit your area. All we can do is be as prepared as possible for all major contingencies, and made do on that basis for anything else that may fall outside of that range.

As reported over the weekend, the Colonial Pipeline, which runs from Houston to New York, began leaking on September 9, spilling 250,000 gallons of gasoline, or 6,000 barrels. The pipeline was built in 1962, and the current leak in Helena, Alabama, is the largest one Colonial Pipeline has experienced in 20 years.

As a result, various states in the Southeast, including Alabama, Tennessee, & Georgia declared states of emergency ahead of what could be substantial gas shortages, with North Carolina and Virginia joining earlier today.

For the Nashville area, however, this escalation achieved the opposite effect of the intended outcome: as the Tennessian reports, in the “panic-driven” rush to Nashville area gas stations to load up in advance of what would be higher prices if not outright shortages, motorists scrambled to load up, leading some stations to run out of gas while others reported long lines.

Ironically, the leaking Colonial Pipeline doesn’t even regularly supply Tennessee, said Emily Leroy, executive director of the Tennessee Fuel and Convenience Store Association. However, that did not matter to local residents  And, Leroy adds, “Panic buying is the worst thing that can happen under any circumstance.”

According to the paper, Nashville experienced similar panic in September 2008 after Hurricane Ike hit Texas. Officials estimated then that about 85 percent of Nashville area gas stations ran out of fuel — outages caused almost exclusively by panic buying. Many Middle Tennesseans had deja vu when they saw lines over the weekend.

Jackie Dawson, 69, of Mt. Juliet, Tenn., gasped when she saw five cars deep at the pumps at her local Kroger. “I was just amazed at how everybody went into panic mode when they shouldn’t have,” she said.

About 25 miles away, her daughter waited in a 40-car line at CostCo in West Nashville. “I expected there to be a line, but nothing like what I found,” said health care worker Brandie Reeves, 39, of West Nashville.

While Leroy urged motorists to get gas only when they need it and to avoid filling gas cans “just in case”, that is the last thing on motorists’ minds as the scramble to avoid what may be an unknown price hike.

Georgia Gov. Nathan Deal has issued an executive order aimed at preventing price-gouging by merchants amid some gas shortages caused by a recent pipeline break. In the order signed Monday morning, Deal said there have been recent reports that wholesale and retail gas prices have “substantially increased” in some markets.

The governor said in the order that price-gouging is harmful to the social and economic welfare of Georgia residents, and issued the order prohibiting the practice.

Meanwhile, in North Carolina, ABC11 reported that gas stations throughout the central part of the state are having to turn away customers because they are out of gas due to the leak in the Colonial Pipeline. The ABC11 team reports that its crews around the Triangle “have seen stations without gas. Other places had massive lines or were only selling certain types of gas.”

Some stations appear to be resorting to price gouging: gas prices in the Triangle have risen an average of nearly 10 cents since Friday, although some stations are much higher. One station in Apex had prices over $3 a gallon. 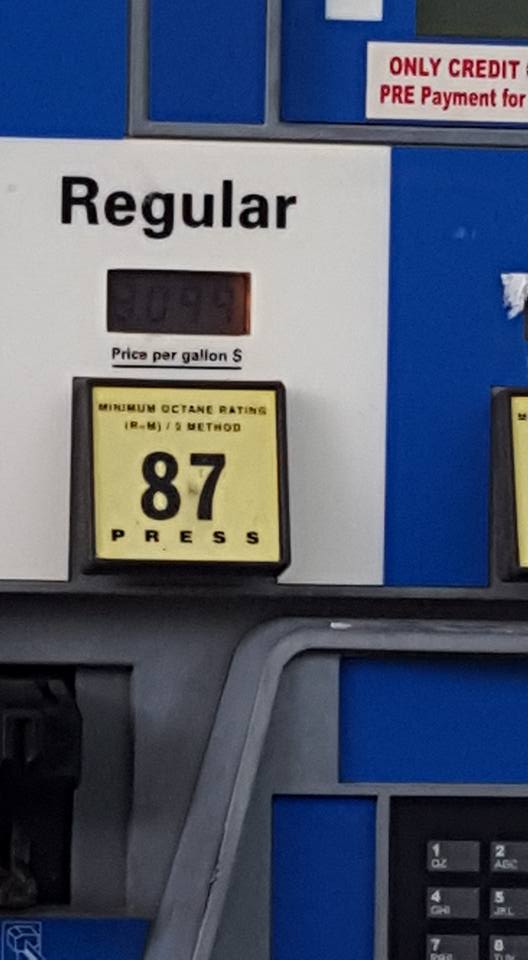 “Based on our ongoing updates from Colonial, the construction of a bypass pipeline is moving forward which will soon allow fuel supply operations to return to normal,” said Governor McCrory. “In the meantime, my executive orders remain in effect to protect motorists from excessive gas prices and minimize any interruptions in the supply of fuel.”

Colonial say they expect the bypass of the leak to be in place by mid to late week, according to the governor. Colonial Pipeline said in a press release Monday that they are gathering resources from Gulf Coast refiners in order to ship supplies. Deliveries are expected in Greensboro and Charlotte.

There was good news: the AAA Auto Club issued a statement yesterday saying things should return to normal next week, and any outages are short term. “This will not persist, and indeed the price increases you’ll see do not represent a trend,” Tom Kloza of AAA’s energy analysis for oil price information said in the statement.

For now, however, these are the kinds of images that drivers in the southeast have been seeing over the past three days at their local gas stations.