What we have here is a Failed Breakout: 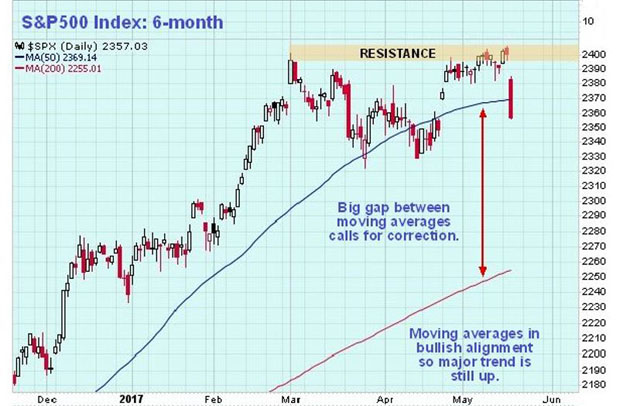 The Deep State and the liberal elites have never accepted Trump as president, despite him being democratically elected, and have been trying to undermine and discredit him since he came to office, a job that is made easier by them controlling most of the media.

They are pushing for impeachment on trumped up (no pun intended) charges, and while the chances of this succeeding look rather slim, if they do there will be a lot of angry people out there and even more polarization that is likely to lead to widespread rioting and social unrest.

It is partly increasing fears of impeachment that triggered the sudden nosedive in U.S. stock markets yesterday, which has soured sentiment and probably marks the start of the traditional “Sell in May and go away” summer correction, when wealthy investors sell out and go off to pursue their more important leisure interests.

Let’s look at the setup now on the latest 6-month chart for the S&P 500 index. 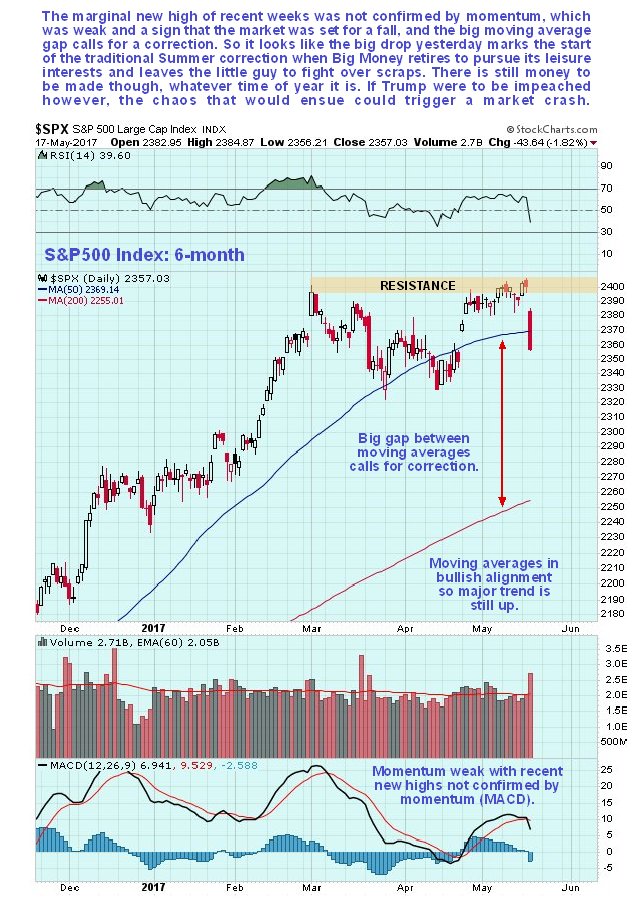 On the S&P 500 index we can see that the index had been spluttering for several weeks after breaking to marginal new highs with momentum (MACD) very weak and there is certainly plenty of room for a correction with a big gap having opened up between the 50- and 200-day moving averages.

So, what we have here is a failed breakout, and it doesn’t look likely that the market will succeed in pushing to new highs in coming months, which are seasonally weak anyway, and in fact a correction here would set the market up for renewed gains in the fall.

We should remain aware, however, that if the Deep State succeeds in unseating Trump, the chaos that ensues could lead to a market crash. Barring this, how low might it correct? Probably no lower than the rising 200-day moving average.

Over the longer term, and assuming Trump is not removed from office, the outlook remains bright for the market, with money that has been sat on the sidelines since 2009 pouring in and the central banks weighing too and buying stocks in a big way, so that this bull market ends as most of them do, with a parabolic blow-off top, like the Tech bubble of 2000, and then it crashes. This is a scenario that we are going to look at shortly on the site, and our aim is to play it utilizing the strongest Stage 2 growth phase stocks, reversing to short before the crash. 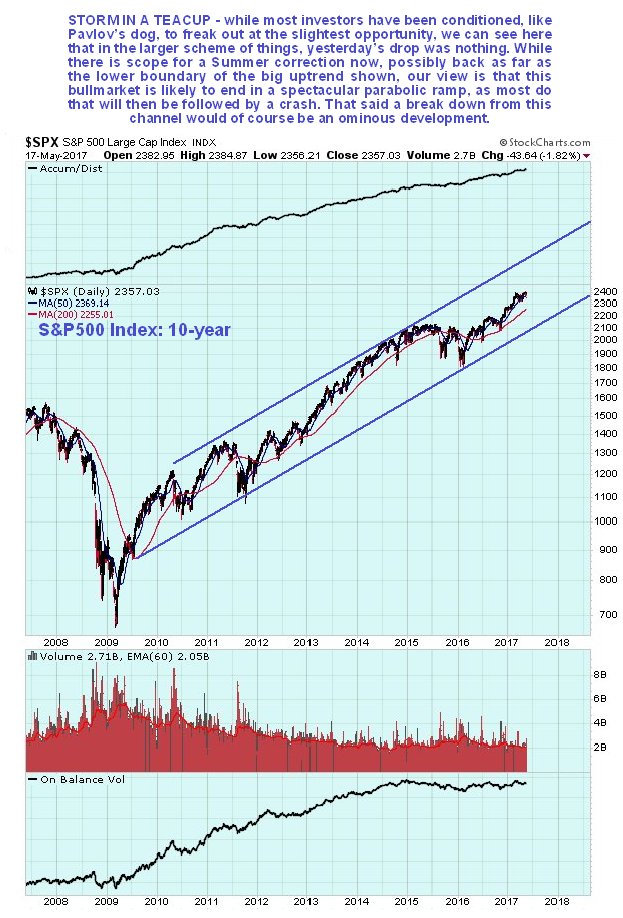 Want to read more Gold Report articles like this? Sign up for our free e-newsletter, and you’ll learn when new articles have been published. To see recent articles with industry analysts and commentators, visit our Streetwise Interviews page.