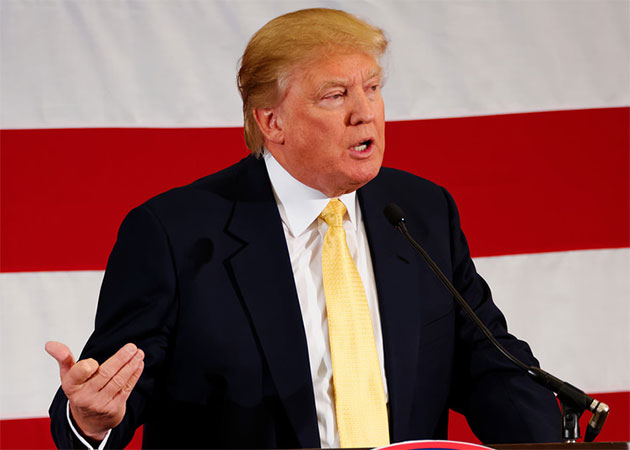 The market reaction to Trump’s election victory—stocks and the dollar up, gold down—was the opposite of what had been widely foreseen.
Money manager Adrian Day takes a look into what happened and why, and discusses the outlook going forward:

At the core of the market reaction are interest rates. Bonds declined sharply on the Trump victory. They had already been falling for the last several months, and the growing conviction of a rate increase in December stepped up the decline. Trump, with his grandiose spending and debt plans, only exacerbated that decline.

But that made U.S. yields attractive (relatively) to foreign investors, and yield overrode the negative sentiment globally towards Trump. Thus, foreign investors bought U.S. bonds, which drove the dollar up, and pushed gold down (aggravated by massive sales by well-known investors including George Soros, Carl Icahn and Stanley Druckenmiller.

A general distrust turns to specific positives
As for stocks, there had been a general negative attitude toward Trump, and somewhat positive toward Clinton, in the period leading up to the election, as evidenced by market moves after each debate, FBI statement and new poll. When it looked as though Trump might win, Asian stock markets duly sunk, along with Dow futures.

But once Trump was declared the winner in the middle of the night, the general shifted to the specific, and investors started looking at sectors that would be gainers and losers from a Trump presidency. And off of a sudden, there were more stocks that were winners that losers, led by banks and the financial sector (less regulation), base metals (infrastructure spending), oil drilling and drug companies. Given that these sectors had been depressed on fears of greater regulation under Clinton, the rebounds were sharp.

Likely outcomes in the period ahead
All of these moves are likely overdone in the immediate term. But if we look at a Trump administration, we will likely see:

This suggests a stronger dollar in the near term.

With regard to Yellen’s threat for a more “hawkish” Fed to counterbalance fiscal profligacy, we would retort, “I knew Paul Volker, and she’s no Paul Volker.” We do not expect sharply higher rates, and further out we will likely see higher U.S. debt (already high) and higher inflation (already stirring).

So the outlook a little further out—combined with easy money around the world, stronger Indian demand, possible geopolitical turmoil, and a decline in mine production—will be a higher gold price.

The question for us is, at what point does the near term turn into the further out. We will likely see a stronger dollar (and lower gold) heading into the rate hike, but that could well prove a turning point, as it did last December. We would also add that the withdrawals from gold ETFs are probably overdone, while stock valuations, among both miners and exploration companies, are very favorable.

Some stocks will continue their advance
Stocks could continue to do well for the time being, with the financial and drilling sectors further to go if the promised deregulation takes effect. The base metals are likely ahead of themselves, however. We would agree with Freeport-McMoRan Inc.’s (FCX:NYSE) CEO Richard Adkerson—FCX up from $9.50 to $14 in the past month—that it will take more than Donald Trump to keep copper rallying, specifically a “positive economic situation” in China. (To be clear, I think copper has likely bottomed and the multiyear outlook is very positive based on a shortage of large-scale projects, but the rally over the last month is likely overdone.)

Top buys right now
In the meantime, given the price changes in the markets just in the last several weeks, there are some opportunities to buy some of our long-time core holdings if you do not own them: Nestle SA (NESN:VX; NSRGY:OTC), Franco-Nevada Corp. (FNV:TSX; FNV:NYSE). Others at good prices include Lara Exploration Ltd. (LRA:TSX.V). Many of the resource companies, including the senior gold companies and exploration companies, are at good prices and we will be looking to add in coming weeks, watching for additional commodity price weakness or extreme tax loss selloffs.

Adrian Day, London-born and a graduate of the London School of Economics, heads the money management firm Adrian Day Asset Management, where he manages discretionary accounts in both global and resource areas. Day is also sub-adviser to the EuroPacific Gold Fund (EPGFX). His latest book is “Investing in Resources: How to Profit from the Outsized Potential and Avoid the Risks.”

Want to read more Gold Report articles like this? Sign up for our free e-newsletter, and you’ll learn when new articles have been published. To see recent articles and interviews with industry analysts and commentators, visit our Streetwise Interviews page.