/  Gold  /  Gold News  /  Something Doesn’t Smell Right About This Recovery 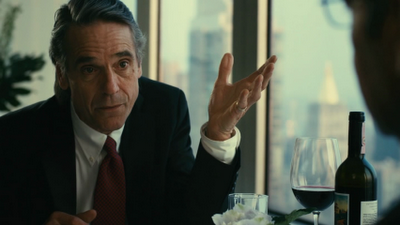 I watched Margin Call the other night.   As the film wound down to a close, Jeremy Iron’s character (not sure if he was Blankfein or Dimon) explained to Sam, who thought it was wrong of them to sell the toxic mortgages to their clients,  that crises like this were normal.
That particular scene has led me to conclude that Margin Call was allowed to be made to explain to all the sheep that 2008 was normal, we will recover—just another crisis like the ones we have always weathered.
Is that our take-away from a good movie—that financial crises are normal and we should expect them? That we will always recover? More propaganda!
What Hollywood failed to mention in Margin Call was that the FEDs actions to create a recovery didn’t work this time.

I had a long chat with an old friend the other night. Our daughters were close friends at age 4 through 8 before we chased a career into another state. My daughter’s best childhood friend is getting married and she and I drove from AZ to Memphis TN for the wedding. She is 20 and I don’t expect I will get to talk with her this much again. For me, the road trip has been enjoyable, and I think it has for her as well.

So my old friend, the father of the bride, and I started talking about the economy. He and I have a common concern in that our kids are striking out on their own, looking for careers. As we chatted for several hours, I did my best to try to explain economic issues as I saw them, but several constraints were in my mind, filtering what I said

I desire to appear to him as the rational, educated, concerned person that I am who has decided to take action to protect our financial future, rather than trusting in the system that has failed. I am hoping he will think, “Hmmm, Jerome seems like he has this all figured out. Maybe I’ll follow his lead and buy gold.” But as he sat there listening and smiling, he may have thought,” Oh my God. What happened to my dear friend. He is off the deep end.” He tactfully asked me twice, “Don’t you think the recession natural, that we should expect this now and then?”

He believes that we are recovering but I suspect that he knows in his heart that we are not. He asked me the question, instead of making an assertion, because his mind knows that he does not have the evidence to back an assertion. People like my friend suspect that this recovery we keep hearing about is more mist than substance. He may not be ready to admit it yet, but he did listen to me for a long time the other night.

People are still out of work.  My 23 year old son has not been offered any high paying jobs that would tempt him out of college the way I was seduced away from college when I was 19. Our kids are working at fast food joints and still living at home when they should be getting their own places and finding roomates. Even young couples are renting homes rooming with other young couples (according to my property manager), not to save money, but to make it on their own at all. A large landlord friend of mine reports more and more families shacking up with extended family to make it. That is how they’ve made it in Mexico for several decades now.

Last night our member silverismoney disclosed to us that he had friends in finance that are waking up and interested in PMs. He asked them, Why are you guys looking into it?” and they replied, “It’s becoming obvious to a lot of us that something is NOT RIGHT with the paper marketsso we have decided to move some of our paper into physical and do not know where to begin.”

My wife and I watched Margin Call the other night. As the film wound down to a close, Jeremy Iron’s character (not sure if he was Blankfein or Dimon) explained to Sam, who thought it was wrong of them to sell the toxic mortgages to their clients,  that crises like this were normal—what they did in dumping the bad MBS securities on their clients was justified. Iron’s character recounted a lengthy list of crises dating back into the 19th century, as though 2008 was simply another. That particular scene has led me to conclude that the movie was allowed to be made to explain to all the sheep that 2008 was normal and we will recover—just another crisis like the ones we have always weathered.  Is that our take-away from a good movie—that financial crises are normal and we should expect them? That we will always recover? What Hollywood failed to mention in Margin Call was that the FEDs actions after the crisis may have saved your IRA, but it didn’t stimulate a recovery this time.

This was not just another crises and the FED has tried everything  to “fix” the economy. While they may have staved off a collapse, nothing is better and people are beginning to figure it out

The all-wise FED governors, lowered interest rates to ZERO and didn’t stimulate a thing. Enter QE as the FEDs next trick. But QE1 & 2 failed to reignite the economy.

Third time is the charm. The FED unveils Operation Twist. I view that effort NOT as an attempt to help the economy, but as the FEDs desperate action to keep interest rates from rising , to get all those high-interest bearing T-bills out of the market elbowing retirees like my Dad out. They took the safest option off the table for investors, forcing them to turn to stocks to chase some kind of yield. But the economy did not get better.

So in desperation the FED began QE3 (infinity) to keep the stock markets moving higher. But people are catching on… they suspect something is wrong, pressuring the FED into tapering QE to convince people that we are recovering… because recoveries do not continue the emergency measures for 5 years.  So as QE has been tapered, some Belgian investor has been picking up the slack, buying up all the excess T-bills so our government can keep deficit spending.

Interest rates must not rise! When you are a 17 trillion debtor, who borrows money to make the payments on your loan, rising interest rates mean you have to borrow even more from a world that does not have it to loan.—except for that Belgian investor who is happy to keep loaning to this US debt-addict. I wonder who it is? This economy has been ruined and people are beginning to wake up.

I wonder what the FED will try next. No doubt the plan will have a highly technical economic title—like “Monetary Collateral Amplification”—so they can fool people into thinking the FED knows what they are doing. or maybe they do what the SEC was doing at their computers all day, frustrated that they can actually do nothing.

I hate it when a mechanic replaces a part and it still doesn’t fix the car. After the 4th or 5th attempt, I start to get really pissed about him running up the bill and having no clue as to what is wrong or what to do about it.

And why else are people not quite sure about the “recovery?” On one hand, they do not see it. Even those with jobs recognize their employer’s challenges. But our media continues to parrot “Recovery! Recovery!” every chance they get to keep the general population from panicking or protesting, and to keep them spending. While one factory may be ramping up in North Carolina, another three have close in Ohio. But we only hear about the one these days. People are in cognitive dissonance about it, wanting to believe the lie, but intuitively concluding that the economy is still very weak.

There is too much debt personally and at every level of government. And there is not enough collateral to cover that debt if the crisis re-asserts itself. The good full-time jobs are evaporating as our leaders point at the job numbers (inflated with part-time positions) and brag.

The FED is the major buyer of stocks, followed by corporations buying their own stock to keep the values high. Market volume is declining.

The only assets that can survive the debt fueled inflation that is fast approaching are tangible goods. Gold holds the most value in the least physical space and has great potential to increase your value. Food will be essential—especially IF another crisis strikes. Any other tangible goods that we need for life is a great place to store what value you have.

I do not consider real estate safe—it is better than paper, but Detroit gives us all reason to question how valuable a home really is. Looks like Flint is next. And I know from personal experience that homes throughout the American Midwest are still selling at only half their value of 2008—cheaper than you can build one.

Paper securities can go to zero faster than you can log in to your online broker and sell out, faster than you can call your busy broker on “stock crash morning” and get her on the phone. Even the dollar is not exempt from an instant devaluation. Store your treasure in heaven and keep your money in gold, grain & goats.

You all remember Maslow’s pyramid from your Psych and Soc 101 classes. Humans strive to achieve success at each level, moving up the pyramid as they are able. Well, I predict we will all abandon our efforts at achieving self-actualization soon and be working real hard to maintain our position on those lower levels.

But I am preaching to the choir here. And if all this is new to you, maybe now you are part of the choir.

We all still have a burden to do everything we can to wake up our friends and relatives who are weary of us crying wolf. If we calm down and point out a few things that get people to thinking, we’ll have a better chance to get them to listen and take some reasonable actions.The first step in convincing people to take action is to convince them that action is needed.

They know something is wrong. Start there. If you can confirm their suspicions, it naturally and logically leads to very important questions, “What can I do about it? How can I protect myself?” And I think you have some ideas about what to do…

By subscribing to Turd Ferguson’s premium service, “Turd’s Vault,” you’ll get extra, value-added content that you won’t find anywhere else on the Internet. Members receive Turd’s insightful chart analysis, frequent podcasts covering market news, weekly podcasts with special guests, plus other helpful information, all available on a dashboard only available to gold members.