The latest large increase in Russia’s gold reserves – a “buying spree” as reported by Reuters has again gone largely unnoticed by most analysts. Indeed, the important monetary and geopolitical ramifications continue to be largely ignored in western media.

Russia continues to add to its gold reserves and added another 700,000 ounces in November or another 22 metric tonnes, and analysts believe this buying will continue and may intensify in the coming months.

The latest large increase in Russia’s gold reserves – a “buying spree” as reported on Reuters Africa has again gone largely unnoticed by most analysts. Indeed, the important monetary and geopolitical ramifications continue to be largely ignored in western media.

Russia’s total gold reserves have now increased to 44.8 million ounces or around 1,392.8 metric tonnes, with a current value of just $48.3 billion. Russia’s total FX reserves are $371.2 billion and their gold allocation remains just 13% of their total reserves.

The share of gold in Russian foreign exchange reserves is much lower than in many other countries such as the U.S., Italy and France. Russian diversification into gold is likely to continue and could intensify if relations with the U.S. and NATO powers further deteriorate.

Russia now has the sixth highest gold reserves in the world – behind the U.S., Germany, Italy, France and China.

In 2014, Russia bought more gold in than in any year since the break-up of the Soviet Union. The country acquired over 173 metric tonnes according to World Gold Council figures. Reserve diversification intensified after April — averaging about 20 tonnes per month. 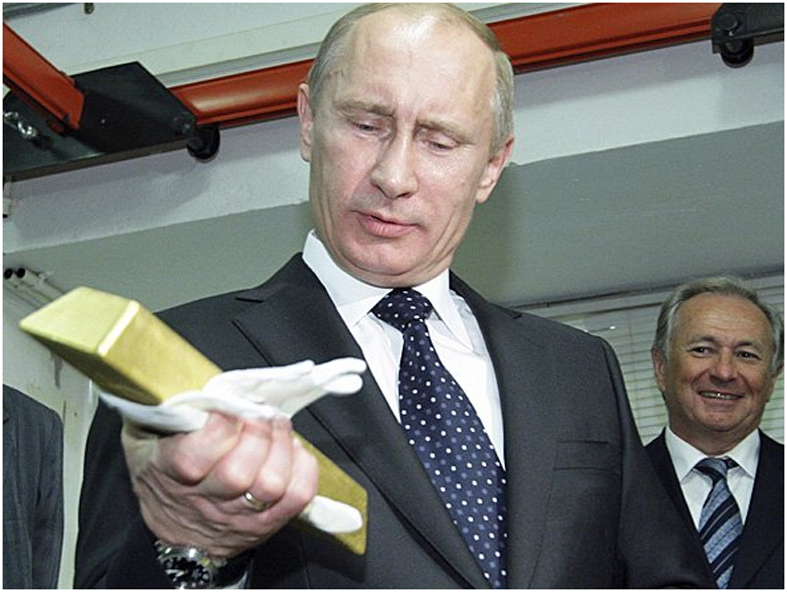 Russia gold buying has intensified in 2015 and now stands at 197 metric tonnes year to date.

Much of the gold bought likely came from Russian gold production which is currently at about 25 metric tonnes per month. In 2014, Russia was the third largest gold miner in the world at 266.2 tonnes, just six tonnes short of Australia in second place and China in first place.

Thus, the Russian central bank is generally consuming all of Russian gold production and sometimes having to import gold. Therefore, all domestic demand for gold and Russia is an increasingly wealthy nation with thousands of millionaires and hundreds of billionaires including mega rich oligarchs.

If any of these oligarchs decide to begin accumulating gold, then the already delicate supply balance in the physical gold market will be impacted resulting in much higher prices. It is worth noting that some of these oligarchs remain close to Putin and the Kremlin and thus this could be a coordinated strategy.

Clearly, Russia puts great strategic importance on its gold reserves. Both President Putin and Prime Minister Medvedev have been photographed on numerous occasions holding gold bars and coins as a display of economic stability and strength and the central bank declared in May 2015 that Russia views gold bullion as “100% guarantee from legal and political risks.”

Prudent investors are following Russia’s lead by diversifying and having an allocation to physical gold coins and bars.