The ‘pensions time bomb’ looms: pension funds lack of diversification, and over exposure to traditional assets may cost pension holders dearly according to research we have just released. Pensions allocations to gold are very low internationally and yet gold has an important role to play over the long term in preserving and growing pension wealth.
The pension ‘time bomb’  looms closer and millions of people are at risk of having insufficient resources to fund their retirement years.

Gold consolidated on yesterdays sharp recovery after a sudden sell off but remained near its weakest level in more than two months. Thursday saw the expiry of US Comex May options and weakness and concentrated selling is often seen on options expiration – indeed, short term bottoms often occur after such bouts of selling.

Increasing tensions between NATO and Russia are underpinning the metal’s safe-haven appeal and leading to safe haven demand.

Ukrainian forces killed up to five pro-Moscow rebels late yesterday and attacked the separatists military stronghold in the east. Russia launched army drills near the border in response, raising fears of a military conflict with NATO.

U.S. Secretary of State John Kerry warned on Thursday that the United States was drawing closer to imposing more sanctions on Russia. He warned that time was running out for Moscow to change its course in Ukraine.

Economic sanctions are likely to see retaliation by Russia and an intensification of currency wars.

CME Group Inc plans to launch a physically deliverable gold futures contract in Asia, three sources familiar with the matter said according to Reuters. In the first three months of 2014, U.S. COMEX gold futures volume fell 10% from a year ago. This is partly due to an increased preference by some speculators and investors to own physical gold coins and bars rather than paper gold in the form of futures contracts. The new Asian contract could help boost volumes for CME.

Pensions Exposed Without Diversification To Gold As Pensions ‘Time Bomb’ Looms
The ‘pensions time bomb’ looms: pension funds lack of diversification, and over exposure to traditional assets may cost pension holders dearly according to research we have just released. Pensions allocations to gold are very low internationally and yet gold has an important role to play over the long term in preserving and growing pension wealth.

The Guide To Gold In UK Pensions shows the importance of owning gold as a diversification in a pension in the UK. Allocations to gold in pensions are very low internationally and therefore the research is relevant for pension owners internationally.

Professor of Finance in Trinity College Dublin, Dr Brian Lucey wrote the Foreword  and warned about the lack of diversification in pension funds. “Pensions need balance. UK pension funds have been slow to embrace gold and this imbalance may cost pension holders dearly” said Dr Lucey. 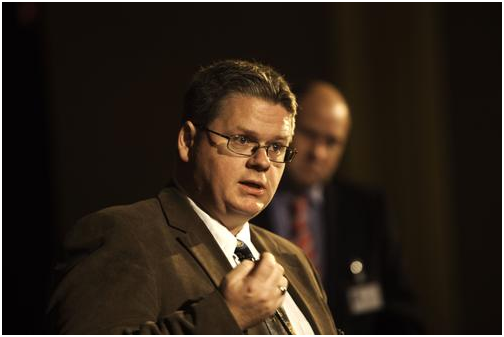 “Small allocations to gold balance and stabilise pensions in the long term and gold should be an essential part of UK pension funds. The Guide To Gold In UK Pensions should be read by pension owners and pension managers,” said Dr Lucey who is a respected independent authority on gold.

British citizens are slowly waking up to the growing pensions crisis. The pension ‘time bomb’  looms closer and millions of people are at risk of having insufficient resources to fund their retirement years.

It is estimated that some 11 million people in the UK face entering “pension poverty.” Average earners may need to save over six times more than they currently do if they’re to generate an adequate retirement income, according to some calculations. 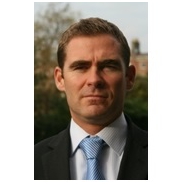 The UK’s financial and economic outlook remains uncertain. “While the UK is recovering, the overall debt to GDP position remains worrisome and there is a real risk of a property bubble in London,” said O’Byrne.

There is also a risk that the state may find it difficult to pay for the massive entitlements of an aging population.

“Today’s uncertain world makes the investment and pensions landscape a more challenging place for pension owners and again underlines the importance of being properly diversified and not having all your eggs in certain assets,” according to O’Byrne.

Conclusion
Gold is once more being considered as an important asset to have in a properly diversified pension portfolios. Gold plays an important role in stabilising and reducing volatility in the overall portfolio and as financial insurance to protect against worst case scenarios.

These include the risk of inflation and stock and property crashes. Bail-ins or deposit confiscation, as was seen in EU country Cyprus, is a new unappreciated risk to pension owners and another reason to have an allocation to gold.

Currency devaluations as was seen on Black Wednesday in September 1992 when George Soros “broke the Bank of England” is another risk that gold hedges against.

The UK’s influential research institute Chatham House , has said that gold can be used to hedge against currency devaluation and other risks as part of a diversified portfolio. “Gold can serve as a hedge against declining values of key fiat currencies, and can also be useful for central banks looking to diversify their foreign reserves,” Chatham House said.

“As we draw close and closer to the pensions ‘time bomb,’ diversification will become even more important and an allocation to gold in a pension portfolio will again preserve and grow wealth in the coming years,” concluded Dr Lucey