September 28 came and went without earthquakes, asteroids, flooding, fires and other such natural disasters that prophets of doom love to ascribe to the hand of God.
Sure, there have been a few natural events, but nothing of biblical proportions.  WW3 has not started.  Israel is still sovereign.  The economy has not collapsed.

So why all the fuss, and don’t those future forecasters look foolish now?

Much has been written and spoken of late about God’s impending judgment on humans for their evil. More specifically, prophets and prognosticators have predicted a fast approaching judgment as signaled by the recent series of four blood moons, as signaled by the advent of the Jewish shemitah season, and the beginning of the Jewish year of Jubilee. It is  time for the settling of accounts.

The rationale behind these predictions has historical merit. Others have analyzed it in great detail and build a case founded on the coincidence of events, and the prophecy of scriptural texts. The case for impending judgment is also evidenced by a world economy that is deteriorating by all accounts (except our fine MSM pundits, of course), wars and the rumors of wars (certainly not started by the US but other “evil” world governments), and the inexorable breakdown of traditional values that have formed the bedrock of civilized societies in all cultures over the past 3000 years and more.

But September 28 came and went without earthquakes, asteroids, flooding, fires and other such natural disasters that prophets of doom love to ascribe to the hand of God. Sure, there have been a few natural events, but nothing of biblical proportions. WW3 has not started. Israel is still sovereign. The economy has not collapsed.

So why all the fuss, and don’t those future forecasters look foolish now? Well, yes they do, and I am sure they will be revising their blogs. We may as well sound the all clear, eat up the stored food in our pantries and go fondle our silver bars for self-comfort of all the money we invested for nothing. And don’t say another word to me about societal collapse and God’s judgment, or somebody’s judgment….

Whether you ascribe the state of affairs to the blood moon or not doesn’t matter. The believer is going to believe and nothing you say will persuade that person otherwise. And the skeptic will remain skeptical; the mocker will mock; stackers will stack. We all have to look at the state of affairs, evaluate them, and decide if they warrant a change in our plans.

Hmmm, the problem with dismissing such disasters because a “deadline” came and went is that the world economy is not one bit better than on August 28 as stocks begancrashing. It has not even started to turn around. Headlines are filled with war, hate, & corruption and regular events evidence the deterioration of our society. The MSM still inundates us with propaganda designed to create desire for consumer goods, to instill dissatisfaction with our bodies and lifestyle, to maintain our ignorance about economics and politics, and to transform us, generation by generation into good citizen-consumers and soldiers with politically correct, progressive, liberal opinions on all things.

The financial markets are still not well. They don’t even look like they are recovering. Stocks are downtrending now below the 50-day moving average, bouncing off and moving lower again today after another stalled mini-rally. Commodities markets just dodged the first bullet with Glencore. There is much turmoil and intervention keeping bond markets afloat, and only Jim Cramer and his admirers are bullish. Real money managers are issuing regular warnings, and shutting down their hedge funds.

The past 7 shemitah years, have all seen markets correct to one degree or another. Not on the first day, but over the course of that year. Remember 2008? Bear Stearns, then Lehman, then AIG, TARP was passed, markets fall, then rebounded, and finally, after 2009 began we hit those final lows of 666 on the S&P. Oh! The irony!

In Jewish culture, the shemitah is a season for the settling of accounts. The author of the much acclaimed Shemitah book, Jonathan Cahn, has been speaking to churches and economists about this 7 year cycle—both groups listening for different reasons. A settling of accounts does not happen overnight, just because there was a lunar eclipse. It takes time to unfold, and Cahn takes particular care to explain that.

Perhaps what is happening is better understood with a different metaphor. I was watching a football game the other day.  A newly signed running back broke loose for a 21 yard gain. I was leaning forward in my seat. Then my team threw a pass deep toward the end zone. It was intercepted. The sentiment and momentum of the game shifted with that turnover early in the second quarter. (It didn’t help that they fumbled the opening kickoff.) The game was still close, but it was apparent my team was outmatched that day. They lost by only two points, but it did not feel that close.

We may not be able to fully recognize what occurs in this season until a few more years have passed and we look back at the string of events. We’ll point to a few particular events as critical. But even now, just a week later, I see a couple of items, just like that interception, that give me a bad feeling in my stomach. If we examine events since September 28, we see that the FED broke their teasing promise about interest rate hikes, again. It was their admission that the economy is not well. Stocks tumbled for a few days and then were saved by the PPT and some short covering. Now Goldman is saying the window for interest rate hikes is closing and won’t reopen until 2017. Layoffs are in the news—most recently Microsoft is laying off 7800, and the IMF has downgraded the outlook for global growth. Any upward momentum the past 7 years from QE and low interest rates is waning. The momentum has shifted and people are figuring it out. And if you are looking for omens, look no further than the FED chair nearly dying while delivering a recent speech.

But the larger shift appears to be occurring in the mid-east with Russia and China jumping into the ring to back Assad and the Syrian government. Much has been said already about these events constituting a major rebalancing of power. And while things have been in the works for a while, the action has ramped up after the shemitah season began. 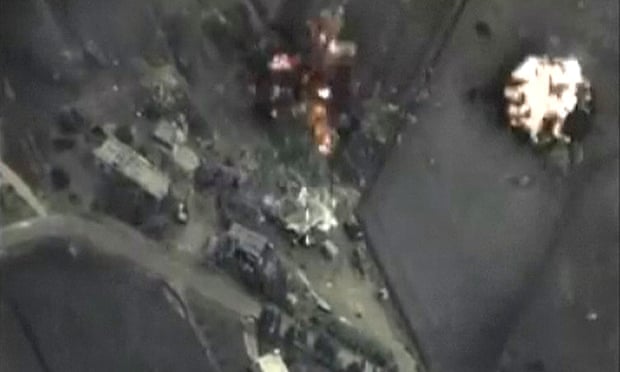 Frankly, I plan to keep holding my metals, restock the pantry regularly, and continue my agenda to become debt free and self-sufficient. I hope it is all unnecessary, that war is not on the horizon, and the house of cards does not collapse. We are not out of the woods and could be facing really, really bad times, or we might only face sort-of bad times.

So let’s reserve judgment for a year or so and see how the accounts are settled. I do not think we’ll see a 2016 economic recovery. We might see national bankruptcies, involving world war and collapsing currencies, or we might see (as I expect) another restructuring that is quite painful but leaves the current power elites in control. Either way, I think we are in for a tough year.

Then we’ll know what a shemitah is all about and we can look forward to the next one in 2022.