Waiting on the mountaintop can get lonely and cause you to question your deepest held beliefs. For a while, it is a great party, sitting there with your closest friends, closing 401K accounts, buying silver, telling stories, singing “Any Minute Now.”

But weeks, months, and now 3 years pass and the end doesn’t come. What now?

In our case, we didn’t go to that mountaintop because some charismatic leaders with an oratorical gift “persuaded” us to sell our goods, buy a newsletter subscription and go all in. (By the way, anybody seen that guy lately?” No, we read, studied, looked at charts, compared it to the silver charts and saw that silver had moved from the teens into the mid- twenties. We saw a few other signs of the times too: 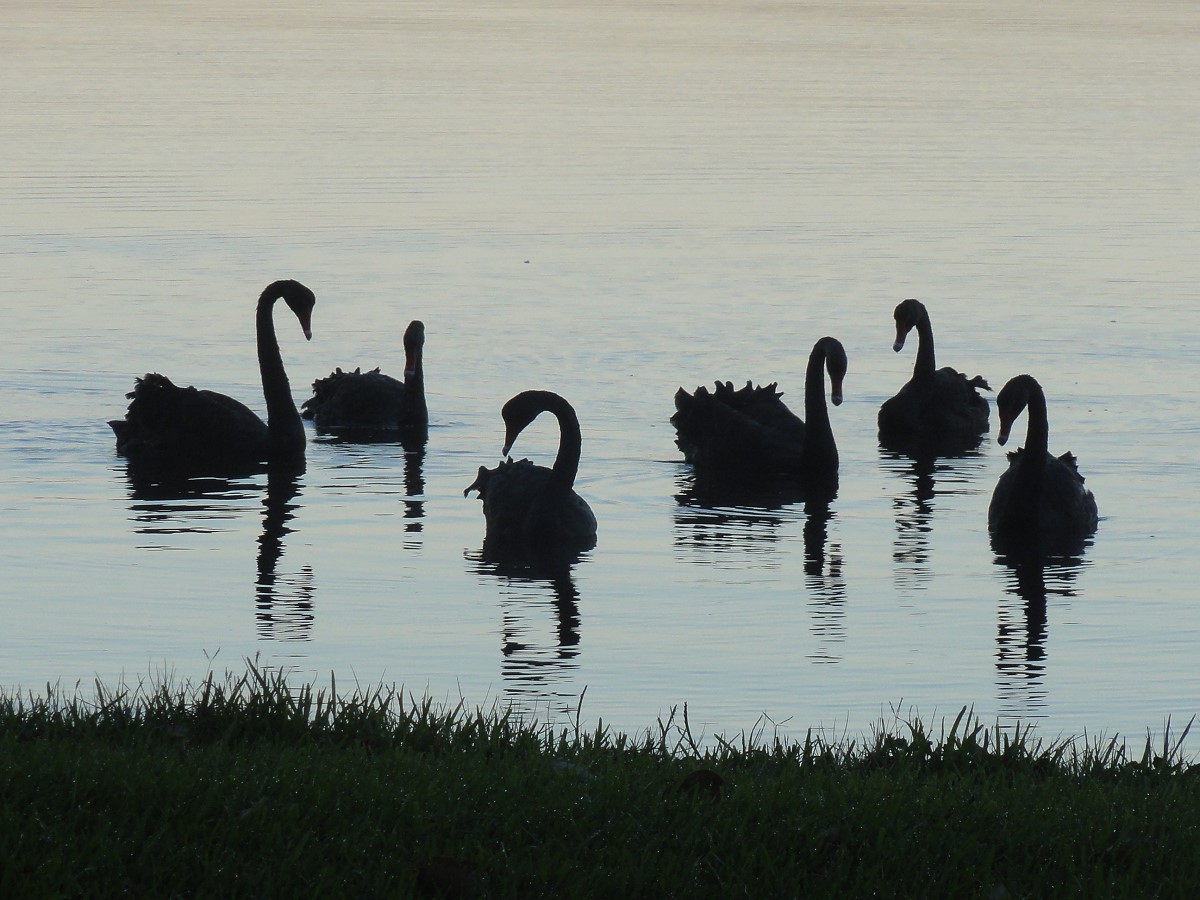 As I looked around the economy, I didn’t see any shiny spots except for the precious metals. And because I am a researcher at heart I started reading everything I could find. That’s when I came across this new term: Keynsianism. Oh, how I love –isms—I love to study them, debate them, examine their evolution out of previous -isms. And after all that thinking  and reading, debating in numerous long hallway discussions with two other PhDs in History and Political science, I concluded, as did most of you, that Keynes was an academic propagandist who invented an intellectual foundation to justify fiat currency systems, to explain, predict, and control their development once a nation left the gold standard. 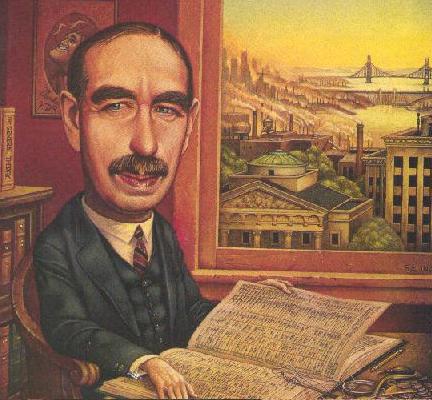 This fine Keynsian system, as I learned, placed that control over nations in the hands of a few policy setters. I learned that these policy setters were not elected government officials. I also learned that most of them cut their teeth working for the same few Wall Street banks. Talk about things that make you go “Hmmmm….”
This was my enculturation into a faith in precious metals as I became a fiat apostate. Then, considering that long list of “signs,” a list that seemed to grow each week, I went over the deep edge and began purchasing metals with every extra piece of fiat that came to me. We also began preparing to be self-sufficient with a stock of goods to get us through the first year along with farming supplies to make the full transition. I found myself on the mountain top with my wife and kids, waiting. Was I being unreasonable in the summer of 2011?

But the end never came. The kids grew cynical. Pressing demands required that I look down below.

My employer became another “sign” as I recognized the psychopaths running my institution. My blood pressure was too high, and I was gaining weight, eating to relieve stress. The world was not ending.

Some time ago, I’m not quite sure when, I moseyed down from the mountaintop and stopped looking for black swans with my ZH brand telescope. I had seen a few of those swans—MFGlobal collapse, Greek default, Cyprus bail-in, near defaults of key financial platforms—but fiat banksters shot down each black swan and buried them under newspapers filled with Kardashian stories.

I found another job and moved. My blood pressure and weight are back to normal. And the end has not come yet. My “net worth” in fiat has also been cut by 40%, but I consider the time a “gift” to add to our nest egg at lower prices as well as build a sustainable lifestyle in a new city. And something became apparent…

The world’s central banks were panicking, acting quickly, decisively, desperately, and illegally to stave off the effects of crumbling portions of their Keynesian system. Moreover, they were hiding these actions from the world with a simple dearth of media coverage. Only the crazy, cult-like conspiracy theorists in the underbelly of the internet were discussing these things.
Today, I am somewhere on the mountainside trying to get ready for a new life. We have made some firm decisions that help us establish a life there.

With this new, different, anti-consumerism lifestyle, I find that we fit in well with the American culture around us. They have a little box to put us in. We are “environmentalists.” The arguments one must make to justify any of these lifestyle changes have been made by others in the mainstream media. I don’t have to explain or justify myself to friends, colleagues and relatives—and they approve. I even wear weird hats now.

I am also becoming convinced that waiting on the mountaintop is for religious cults, not sensible people who are establishing a life that is more resilient to economic and political upheaval. We have seen war, political and economic disaster strike nearly everywhere but in the US in the past century. We know how tough life can get after an economic system breaks down and a nation does not have the mature leadership who knows how to rebuild. But people develop black-market economies. Most survive and eventually, sometimes years later, life settles into a new normal.

People who are happily snoozing in the typical American lifestyle are in grave danger. They keep up with the Jones with a large home mortgage, and two car payments. They shop at the latest outlets and become merely consumers, laden with credit card debt for the latest electronic gadgets, retirement invested in Wall Street, and living hand to mouth with a stagnant paycheck while their home value erodes, prices inflate, and the dollars in their checking accounts lose value each year. These folks live in fear of a layoff, then ride the government gravy train into poverty and bankruptcy when that sacred “job” gets outsourced, believing that next month things will get better. They know that half of their earnings end up in the hands of bankers through interest and fees, but do nothing about it. They rely on the stores for all their food and supplies, even though they have seen the shelves go bare 24 hours in advance of a big snowstorm.

And all of their long term investments are in the form of paper instruments managed by the Wall Street banking and investment machine.

This the “All is Well” cult. They live in a fertile valley and have been persuaded by the marketing industry that our American lifestyle is desirable and stable. They lean on the “Full Faith and Credit of the US Government” just as surely as I lean on my personal faith in Jesus. Their attitudes and beliefs about money are formed, and shaped by the “financial experts,” because modern money is just too difficult for anyone but the experts to understand.

The main difference between their cult and mine is this: I have faith that current economic policies are failing and that paper wealth will be bailed in. They have faith that QE worked, the economy is recovering and that markets are stable and safe. What do you believe and why? What are your reasons? Do you know what they are and can you articulate them to yourself? Or are you blindly following a crowd.

Unfortunately, the fiat system broke in 2008 and the central planner repair of QE has only kept it from death, but has not made the economy healthy again as promised. In the meantime, the doctors at the BLS assure us the patient is recovering, while the FED slows down the QE drip next to the bed and speeds up the Belgian intravenous drip of US treasury buying hiding behind the curtain. But our consumer-based, media controlled system continues to proclaim that we are in an economic recovery, that all is well… and if you don’t feel it yet, just be patient. What do you believe, and why? 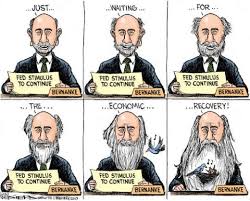 So these folks continue to sit in the valley of Alliswell as the floodwaters of economic disaster slowly rise around them. And so I ask, who is the fool? The consumer-cult crowd, beset with normalcy bias, and unaware of world events that WILL affect the lives of everyone on the planet, or the person getting educated and taking action?

Personally, I cannot live in a large city any longer. My risk/reward buzzer starts going off when I consider it.

Thus, the purpose of my rant here is to call people down from the mountaintop to establish a sustainable long term life on the mountainside where you are safer from the disaster below, and to call those in the valley of Alliswell to remove their blinders, to become informed, start climbing up to the mountainside where you have a view, where the rain falls more regularly, and where you can build a very enjoyable prosperous life. I argue that life on the mountainside has the best chance of surviving any potential disaster that may come. With a community of like-minded neighbors, with useful skills, you will find people who will stand beside you and protect what you have built together. It also meshes very nicely with this ubiquitous fiat-system (while it lasts) and allows you to still draw wealth out of it and invest for the long term.

I am not quite there yet. If you come to my home, you’ll see stacks of supplies here and there, projects in various stages of completion, and a family trying to survive in a tough economy. My priorities are divided between duties to my employer and reestablishing life. I also wish to purchase acreage in the country for my “get-away cabin.” It’ll be a nice “environmentally friendly” vacation place, in the eyes of my valley-dwelling friends and relatives, but eventually we shall have all we need for a self-sustaining life with a community of neighbors.

It is nearly impossible to persuade people you love from a distance. Those in the valley of Alliswell know that something isn’t right. Yet they still trust their cultish leaders and do not see the mountaintop as a reasonable place to go. I think they are right about the mountaintop.
Why not ask them to move uphill with you to a safer place. Perhaps that means out of the city to a small town or rural setting with at least an acre. Perhaps that means self-employment or a useful skill or trade in a smaller economy? Certainly it means to a healthier lifestyle free from bankers and corporate leeches that suck out our financial lifeblood. Certainly it means relocating wealth from the paper system into homes, land & commodities that will serve you well in this economy and the one to come.

Whatever you do, it is a big decision. But there are reasonable options.

By subscribing to Turd Ferguson’s premium service, “Turd’s Vault,” you’ll get extra, value-added content that you won’t find anywhere else on the Internet. Members receive Turd’s insightful chart analysis, frequent podcasts covering market news, weekly podcasts with special guests, plus other helpful information, all available on a dashboard only available to gold members.

The Silver Shield Don’t Tread On Me is Available Now at SDBullion!