The U.S. already has in place plans for bail-ins in the event of banks failing. Indeed, the U.S. has conducted simulation exercises with the U.K. in recent weeks and will do so again in 2014.
On October 12, Art Murton, the FDIC official in charge of planning for resolutions, and the Bank of England’s Deputy Governor Paul Tucker, both confirmed that the U.S. system is ready to handle a big-bank collapse.
The Bank of England’s Tucker, who has worked with U.S. regulators on the cross-border hurdles to taking down an international firm said that “U.S. authorities could do it today — and I mean today.”

Silver Buffalo As Low As 84 Cents Over Spot at SDBullion!

Gold neared a three week high after climbing the most in 7 weeks, on strong physical buying in China and a weak dollar. Gold has recovered from a 5 month low on December 6 to reach $1,268/oz yesterday, its highest price since November 20. Physical demand, especially from Asia seems to be outweighing the jitters regarding the Federal Reserve’s much mooted ‘tapering’.

Markets may have already priced in the possibility of a December tapering as prices did not show any weakness after last week’s stronger than expected non-farm payrolls data. Rather, gold has risen and hedge funds have rushed to cover their short positions ahead of the Fed meeting next week and due to growing concerns of a short squeeze.

The dollar index is trading near a six-week low today as investors evaluate the uncertain outlook for the U.S. economy and dollar in 2014.

BOE Says U.S. “Could Do Today” And U.S Authorities Doing Simulation Exercises
The U.S. already has in place plans for bail-ins in the event of banks failing. Indeed, the U.S. has conducted simulation exercises with the U.K. in recent weeks and will do so again in 2014.

On October 12, Art Murton, the FDIC official in charge of planning for resolutions, and the Bank of England’s Deputy Governor Paul Tucker, both confirmed that the U.S. system is ready to handle a big-bank collapse.

The Bank of England’s Tucker, who has worked with U.S. regulators on the cross-border hurdles to taking down an international firm said that “U.S. authorities could do it today — and I mean today.” 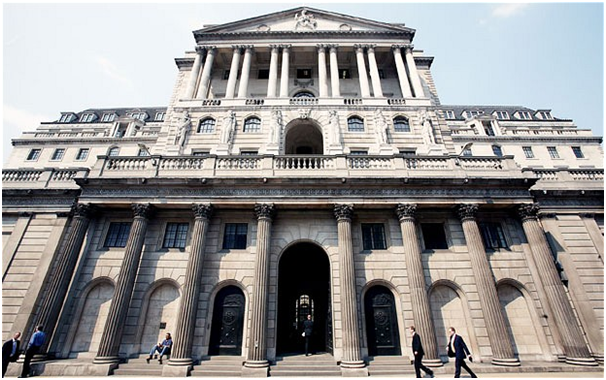 The Bank of England

“A global financial system will not survive if we don’t crack this problem”, said Tucker.

The 2010 Dodd-Frank Act empowered the  Federal Deposit Insurance Corp. (FDIC) to seize a company or bank and dismantle it if regulators think a bankruptcy would pose a significant threat to the financial system.

This resolution authority hasn’t been tested, and the FDIC Chairman Martin J. Gruenberg, said his agency will disclose a full description of its approach by year-end — opening the idea to public comment.

Gruenberg said that China, Switzerland, Germany and Japan are among nations close to reaching arrangements with U.S. regulators with regard to dealing with mechanisms for failed banks.

U.S. regulators are working with German and Swiss counterparts on joint white papers similar to agreements already in place with the U.K. for how banks governed by multiple jurisdictions could be unwound by their host nations, Gruenberg said in remarks prepared for a speech in Washington on October 13. The FDIC will secure memorandums of understanding on bank resolutions with China and Japan soon, he said.

“It is critical that home and host jurisdictions understand well the approach to resolution of their counterpart and work together to develop a cooperative approach,” he said.

Germany and Switzerland share the U.S. preference for a so-called single point of entry, in which the host nation takes over a failed bank’s holding company, imposes losses on shareholders and lets healthy subsidiaries stay open. The approach depends on long term debt held in the parent to absorb losses and capitalise a healthy bridge company, Gruenberg said.

The agency is consulting with the Federal Reserve on a future rule to set a minimum and importantly it has conducted and is conducting simulation exercises.

U.S. regulators will run simulation exercises with U.K. counterparts this year and in 2014, Gruenberg said.

Gruenberg appeared to warn that the UK was vulnerable to bail-ins when he said that
“Nearly 70 percent of the on- and off-balance sheet assets of our major institutions are held in the U.K,” he said. “There is no close second.”

How Likely Are Bail-Ins?
There are differing opinions as to the severity of the on-going financial crisis, and whether it has turned a corner. There are two very broad ‘schools of thought’.

The first school believes that the U.S. Federal Reserve, along with partner central banks internationally, has successfully stabilised the global financial system through low interest rates and quantitative easing, while the EU has managed to help recapitalise banks and avoid bank insolvencies in the European Union and and the breakup of the European Monetary Union (EMU).

The second school is more skeptical of this view and believes that many banks globally remain vulnerable to insolvency because they are being kept on life-support due to extremely accommodating central bank measures including near zero percent interest rates and quantitative easing. Banks are also being supported through the use of almost fictional, though internationally endorsed, accounting treatment for their asset books, such as mark-to-model valuations for their over-the-counter (OTC) derivatives exposures and by failing to have realistic valuations on problematic property loan portfolios.

All short term panaceas have not addressed the root cause of the global debt crisis – too much debt.

Indeed, the concern is that the solution of socialising the debt and transferring it to the sovereign and taxpayers, has simply bought some time and may make the crisis much worse in the long term.

We believe the second school will be proved right in the coming months and years; therefore, depositors with deposits in certain banks, or planning to place deposits, must look at the likelihood of and how likely that bank is to get bailed in.

This likelihood would be a function of the strength of the individual bank, which jurisdiction that bank is governed by, which financial systems and economies the bank is exposed to, the extent to which the bank has potentially problematic property or derivatives exposure, and whether deposits are insured by deposit protection schemes, and to what extent are they insured.

In practice, the financial markets would normally do this analysis, but the previous approach of bail-outs and across the board central bank support appears to have clouded the analysis.

The movement by international monetary and financial institutions towards a bail-in regime and the extent of preparation for bail-ins suggest that bail-ins will happen should banks get into trouble again.

Recent statements by Mario Draghi suggest that depositors might be bailed-in in the future.

In a letter on the July 30th to Joaquín Almunia, the Vice President of the European Commission, Draghi suggested that bondholders might be spared in future, for fear that once burned bond investors may not return.

This would strongly suggest that sovereign governments would be required to make a decision as to whether they would absorb losses or instead force bail-ins on depositors. As do the preparations being put in place by the Bank of England and the FDIC.