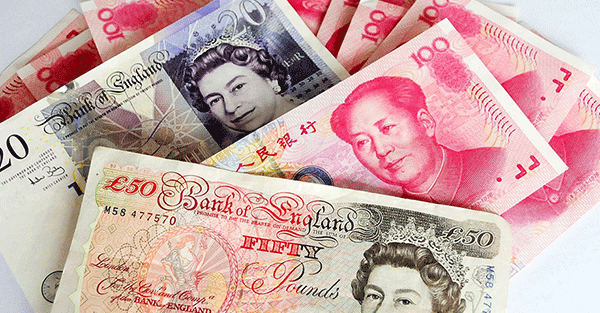 This isn’t theory or conjecture anymore. Every shred of objective evidence suggests that the dollar’s dominance is coming to an end.
It’s happening…

In another awkward blow to the rapidly waning US-dollar hegemony, America and Britain just had their “It’s not you, it’s me” moment.

Late yesterday, the government of the United Kingdom announced that they would be applying to join the Chinese-led Asian Infrastructure Investment Bank… as a founding member.

But after years of endless wars, spying, debt, money printing, bailouts, and insane regulations, the rest of the world has had enough. And they’re looking for an alternative.

China is coming up with an answer.

The soon-to-be-live Chinese International Payment System (CIPS) will provide a way for banks to transfer funds to one another without having to use the US banking system… or the US dollar.

China is also the ringleader behind both the BRICS development bank (called the New Development Bank, or NDB) as well as the Asia Infrastructure Investment Bank (AIIB).

Both of these are multilateral development banks that aim to end the dominance of the western-controlled World Bank and IMF.

New Zealand was the first western nation to join AIIB back in October. And yesterday afternoon, Britain announced its intention to become the second.

(Of course in the UK’s eyes they’re the first since New Zealand still belongs to the Queen!)

This is a massive, embarrassing blow to the United States, and to the future of the US dollar.

It’s pretty obvious when you look at the dozens of signatories to the NDB and AIIB charter documents: the rest of the world is sick and tired of the United States dominating the global financial system.

And by putting these new development banks and alternative payment systems together, they’re actually doing something about it.

Even America’s own allies have supported this anti-dollar movement.

Last summer the French Finance Minister explained to reporters how completely unnecessary it was for a European aircraft manufacturer to sell jets to European airlines in US dollars (instead of euros).

He also slammed the US government for arrogantly fining French bank BNP a whopping $9 billion for doing business with countries that the US doesn’t like.

(Side note: one of the ‘evil’ countries BNP did business with was Cuba, and they were heavily punished for this, even though BNP broke no law in France. But now all of a sudden the US and Cuba are buddy-buddy again. Is BNP going to get a refund?)

His conclusion? It’s time for a ‘rebalancing’ of the global financial system away from the US dollar. Other political allies of the United States have echoed similar sentiment.

But now we can see words are turning into action.

Britain might be too polite to tell the US straight up– “Look, you have $18.1 trillion in official debt, you have $42 trillion in unfunded liabilities, and you’re kind of a dick. I’m dumping you.”

So instead they’re going with the “it’s not you, it’s me” approach.

But to anyone paying attention, it’s pretty obvious where this trend is going.

It won’t be long before other western nations jump on the anti-dollar bandwagon with action and not just words.

Bottom line: this isn’t theory or conjecture anymore. Every shred of objective evidence suggests that the dollar’s dominance is coming to an end.

It’s happening. Time to plan for it.