When you catch yourself musing, “I wonder where gold is headed today?” slap your own face back into reality.

Some of you clearly recall the year 1969 where Ted Kennedy drove off a bridge with a woman in his car. (No, this article really is not about politics, but describes how the media shapes the public’s thoughts and views). Accounts of the Chappaquiddick event paint a sordid picture. It was clear to anyone that Kennedy was partying with single women while his wife was absent, drinking, flirting and left the party with a woman for reasons that evidence suggests were not altogether innocent.

It was likely he was drunk. It was likely that he was speeding away from the sheriffs’ deputy who saw the car parked by a cemetery a few minutes earlier and came over to ask if they needed help. His actions—driving off a bridge—caused her death. But somehow, he managed to hold onto his office. He sidestepped punishment, stayed in office, and got away with a heinous crime.

Who did what and with what effect?  Agent –action—results. Agents make a choice, they act, and then we see a result. And we determine responsibility in the construction of  a story by assigning one of the players as the “agent.” Kenneth Burke wrote over 400 pages to explain this, though he really nailed it by the first page. Very simple grammar right? We learned it in “grammar-school.” Surely nobody could fool us simply by manipulating grammar… right?

A speech critic and colleague of mine, David Ling, explained how Kennedy pulled it off: Within Kennedy’s speech to the people of Massachusetts, Kennedy was able to ascribe the tragic result to the “scene” of the crime, AND to the mysterious “Kennedy curse” that had afflicted his family.

Kennedy was at the wrong place at the wrong time—and this evil “curse” that had taken the lives of his two brothers … well he mentions it and leave it to the imagination. Though he repeatedly takes responsibility in the speech, his underlying argument was that a dark night, a wrong turn, a poorly designed bridge, and a curse conspired to commit the crime against him (and Mary Jo, of course).

The sheeple of Massachusetts bought it.

So, when analyzing the reasons that an action has occurred, as we do every day when we try to understand our stock charts, we must look very closely at grammar and the narrative structure of the stories told that explain it. And I see a simple, purposeful, clever strategy as I look at headlines each day about stocks bonds, currencies, etc., and especially describing movements in the price of gold. The writers of headlines and articles conceal the real agent, and point to another as they ascribe a reason for the action.

And my favorite, with a tagline:

You have seen thousands of headlines that conform to this grammatical form. What I hope you notice in each headline is the noun and the verb. Who is doing what?

In each case, it is the commodity, or the stock that is doing the action! Stocks climb. Treasuries slip. Gold hits, gold jumps, gold extends, gold crashes. All on its own volition? Think about it. Who would have known gold could do all these things?

Stocks, the dollar, gold –none of these things are alive, none have a will, and none are able to perform an action. They simply have a moment to moment value to people—people whose buying and selling influence price, and can be influenced by others.  All are inanimate objects that are affected by actual agents who do have a will, are alive, and can act! But we never hear who those agents are… except for here on this blog and other alternative media like it. 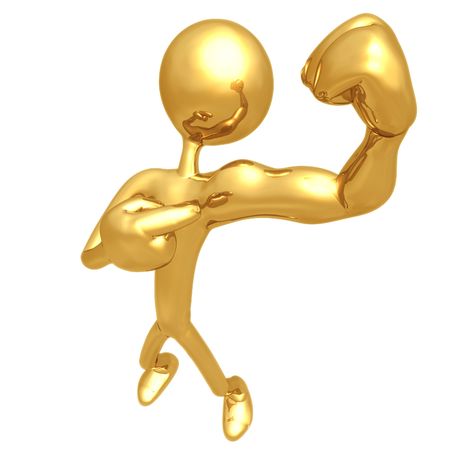 But reading the mainstream news each day, we learn how wrong we are. We are told that gold indeed does have a will and performs actions. It simply moves, it rises, it skyrockets, it crashes, it dips, it falls. It even goes to the moon. I think someone is lying and concealing.

Actually, gold doesn’t do anything except sit there in a vault, in your safe, or at the bottom of your pond.

Well, just like Kennedy (and his speechwriter), by subtly shifting the grammatical structure of a sentence or headline, media propagandists indeed make an inanimate object appear to have a will and perform actions. How mysterious it all is… when gold rises or falls. No wonder you have to be a “wizard” to understand the markets.

Of course we don’t believe gold has a will or the power to act as we read the headlines, but the real agent remains concealed and most people never ask whodunnit. We have been passively absorbing the grammar of these headlines since we started following stocks & commodities. The result is that each morning when I awake I wonder, “What did gold do last night?” what is gold gonna do today? Will gold move higher, lower, or run flat?  My best friend calls me each week and asks, “Where is gold heading?”And each time I use these grammatical constructions in my own mind, the actual agents who are deciding, acting and affecting the price of gold can continue their work in the dark.

Grammar matters! As rhetorician, I am becoming persuaded that grammar can be the most powerful sophistic persuasive force that we experience each day. It highlights and conceals all at the same time. One can lie through choices in grammar in a  way that few others detect. Subtle, sneaky, and completely dishonest.

We have learned some things reading Craig’s articles here on this blog.

The price of gold is controlled by three, no, four agents:

A) The bullion banks who have desires and intentions and the monetary power to move the price of CDG one direction or another, using the agency of the COMEX paper trading system that rarely ever delivers gold.

B) Hedge fund traders that are programmed their computers to respond to certain inputs—inputs that are influenced by the bullion banks. They have news release & tweet reading software that identifies key words & terms the instant new data is released, and then buys or sells their gold as programmed.

C) Smaller traders who think they can earn some fiat if they can anticipate the increases and declines in the price.

D) The CFTC who can change margin requirements at will, causing traders to buy or sell, rebalancing their accounts, or choose to do nothing, failing to enforce trading regulations, allowing other powerful traders to cheat.

A rising gold price suggests that people are not trusting the value of fiat currencies, thus even more investors choose to allocate more of their portfolios to the stability of gold where their trust is stronger. So, the bankers must contain the price to keep trust invested in fiat currency. In 2011 and 2012 the banks had serious trouble handling the price of silver and then gold and were caught on the short side as more and more investors bought into the metals. They took decisive, bold, and illegal action to cap and lower the price of each metal. Since that time, the bankers have monitored the price closely “nipping things in the bud” so to speak, discouraging investors from allocating too much money into metals each time that they have decided to do so.

Clearly, the bullion banks are the real agent who determines the direction of price in the gold market, taking their orders from… ? (see comments below for opinions). Hedge fund algos and the traders have an effect as well, but they simply follow the lead of the banks, usually losing money as they do.

Technical analysis provides a statistical description of what already happened—a description that reveals likely decision points  of actual investors, key price points where in the past, traders have tended to make parallel decisions—buy, or sell.

So, the questions you should ask yourself each day are these:

And when we ask questions about what the bankers are likely to do?” instead of “what is gold likely to do?” we might actually begin to predict the price direction–bullish trends, bearish trends. Then we can dig for answers to very specific questions that can guide our buying & selling decisions

I am looking for these kinds of headlines–and when we see these sorts of headlines, just maybe we can begin to hope:

So each morning as you have your coffee, look at the charts, draw some lines, consider overnight action, and ask some different questions. Ask what direction do the banks want gold to move, and what events are approaching that will help them achieve it? Then read what Craig has to say, because he actually provides some of these answers. Then make your decisions as you stack or trade.  And when you catch yourself musing, “I wonder where gold is headed today?” then slap your own face back into reality.