This is not the “Trump Rally” but the Collapse in Public Confidence Rally.
Nobody can stop this – not Trump, not Le Pen, or any other reactionary politician.
We Have Crossed the Point of No Return…

We just ended the first quarter of 2017. Politics on a global scale are the driving force. The failure of Trump and reform movements in Europe are the catalyst to send the stock market to record highs once again as people lose confidence in government completely and we then turn to just look how to park money.

We cross that line moving beyond the point of no return where money pours into equities, not because of earnings, but because capital is fleeing from government and banks and it just needs a place to park. As we move forward, we will look at good stocks to park money to survive the political chaos on the horizon.

The historical high in the PE Ratio was in 2009 at the bottom of the crash – NOT THE HIGH!
When you reach a point that you no longer trust banks, the currency, or government, where does big money go? Individuals can buy gold, but you cannot keep it in a safe deposit box in a bank if the banks can be seized. Big money parks in blue chips and tangible assets like real estate (if out of the path of war). The 2009 peak in the PE Ratio reflects that moment of a complete collapse in confidence.

This is the key point we must understand. So, while I am focusing on politics, that is the fuel to ignite the collapse in public confidence. Nobody can stop this – not Trump, not Le Pen, or any other reactionary politician. We have crossed the point of no return because nobody is talking about restructuring the entire monetary system and debt system. That will not take place UNTIL we crash and burn. Nobody changes anything until they have to. 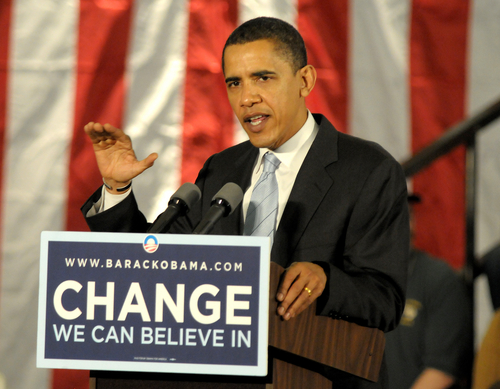 We can technically see that the Dow has broken-out on the Quarterly level. Support lies at the 19,230 level. The only way to make a serious correction requires the Dow to break the 17,000 area on a closing basis. Closing the quarter above 19,230 keeps the market positive from a broader perspective.

Keep in mind that Trump WILL FAIL! This much is inevitable. The trend is against him and you cannot fight the trend. People had such high hopes for Obama that he would live up to his promises and we would really see “Change We Can Believe In.”

When everything he did was the same as Bush, that destroyed the confidence in the two-party system and set the stage for Trump as our computer was forecasting. He became effectively a third-party candidate with the Republican Party.

Now, when he fails to reverse the global trend, where will people turn? Once you raise the hopes for change and Trump cannot deliver, all bets are off moving forward. That is when the stock market starts to rise for reasons that will confuse most. This is not the “Trump Rally” but the collapse in public confidence rally.

This is the Year from Political Hell on a global scale. This is all about capital flows and Trump is dead wrong on trade, the dollar, and whatever he does with the taxes, he better do it fast, for when the politics shifts again, they will only rise because governments; federal, state, and local, are broke and that will not change. Political change is sweeping Europe, Australia, and even in Asia.

This is the collapse in confidence in government and Trump cannot reverse that trend. In fact, Trump has raised hopes among the silent majority that things will change. His failure, especially on trade, will then sour the confidence in government completely, exactly as Obama. This is when civil unrest becomes really dangerous. The same is true in Europe. The loss of the extreme right in the Netherlands has only emboldened Brussels assuming this is just a short-lived “populist” movement that will die out. This defeats any possible reform movement and ensures we will crash and burn starting in 2018.

At the end of the day, the next level of resistance is still in the 23000 level. After that, we cross the threshold into a Phase Transition. That is when everything begins to get truly confusing and crazy. This year’s WEC in Hong Kong, I will focus on how to trade a vertical market.