What is happening to you America?  Once upon a time, the United States was a place where free enterprise thrived and the greatest cities that the world had ever seen sprouted up from coast to coast.  Good jobs were plentiful and a manufacturing boom helped fuel the rise of the largest and most vibrant middle class in the history of the planet.  Cities such as Detroit, Chicago, Milwaukee, Cleveland, Philadelphia and Baltimore were all teeming with economic activity and the rest of the globe looked on our economic miracle with a mixture of wonder and envy.  But now look at us.  Our once proud cities are being transformed into poverty-stricken hellholes. We are in the midst of a long-term economic collapse that is eating away at us like cancer, and things are going to get a lot worse than this.  So if you still live in a prosperous area of the country, don’t laugh at what is happening to others.  What is happening to them will be coming to your area soon enough.

Don’t want to pay $8 over spot for Silver Eagles or Maples?
1 oz Silver Buffalos As Low As $1.99 Over Spot At SDBullion.com!

#1 According to the New York Times, there are now approximately 70,000 abandoned buildings in Detroit.

#2 At this point, approximately one-third of Detroit’s 140 square miles is either vacant or derelict.

#4 The city of Chicago is so strapped for cash that it is planning to close 54 public schools.  It is being estimated that Chicago schools will run a budget deficit of about a billion dollars in 2013.

#5 The city of Baltimore is already facing unfunded liabilities of more than 3.2 billion dollars, but the city government continues to pile up more debt as if it was going out of style.

#6 Today, the murder rate in East St. Louis is 17 times higher than the national average.

#7 According to USA Today, the “share of jobs located in or near a downtown declined in 91 of the nation’s 100 largest metropolitan areas” between 2000 and 2010.

#8 Between December 2000 and December 2010, 48 percent of the manufacturing jobs in the state of Michigan were lost.

#9 There are more than 85,000 streetlights in Detroit, but thieves have stripped so much copper wiring out of the lights that more than half of them are not working.

#11 It has been estimated that there are more than 1,000 homeless people living in the massive network of flood tunnels under the city of Las Vegas.

#12 Violent crime in the city of Oakland increased by 23 percent during 2012.

#13 If you can believe it, more than 11,000 homes, cars and businesses were burglarized in Oakland during 2012.  That breaks down to approximately 33 burglaries a day.

#14 As I have written about previously, there are only about 200 police officers assigned to Chicago’s Gang Enforcement Unit to handle the estimated 100,000 gang members living in the city.

#17 If New Orleans was considered to be a separate nation, it would have the 2nd highest murder rate on the entire planet.

#18 According to the Justice Department’s National Drug Intelligence Center,  Mexican drug cartels were actively operating in 50 different U.S. cities in 2006.  By 2010, that number had skyrocketed to 1,286.

#20 The number of homeless people sleeping in the homeless shelters of New York City has increased by a whopping 19 percent over the past year.

#21 As I noted yesterday, approximately one out of every three children in the United States currently lives in a home without a father.

#22 In Miami, 45 percent of the children are living in poverty.

#23 In Cleveland, more than 50 percent of the children are living in poverty.

#24 According to a recently released report, 60 percent of all children in the city of Detroit are living in poverty.

As I mentioned at the top of this article, the decline of the city of Detroit has become so famous that it has actually become a tourist attraction.  The following is a short excerpt from an article in the New York Times…

But in Detroit, the tours go on, in an unofficial capacity. One afternoon at the ruins of the 3.5-million-square-foot Packard Plant, I ran into a family from Paris. The daughter said she read about the building in Lonely Planet; her father had a camcorder hanging around his neck. Another time, while conducting my own tour for a guest, a group of German college students drove up. When queried as to the appeal of Detroit, one of them gleefully exclaimed, “I came to see the end of the world!”

For much more on the shocking decline of one of America’s greatest cities, please see my previous article entitled “Bankrupt, Decaying And Nearly Dead: 24 Facts About The City Of Detroit That Will Shock You“.

So are there any areas of the country that are still thriving?

Well, yes, there are a few.  In particular, those areas that are sitting on top of energy resources tend to be doing quite well for now.

One example is Texas.  In recent years people have been absolutely flocking to the state.  There are lots of energy jobs, the cost of living is low and there is no state income tax.

But overall, things are really tough out there.  Over the past decade America has lost millions of good jobs to offshoring, advancements in technology and a declining economy.

All of that money could have gone to U.S. businesses and U.S. workers.  In turn, taxes would have been paid on all of that income which could have helped keep our cities great.

But instead, our politicians have stood idly by as we have lost tens of thousands of businesses and millions of jobs.  If you can believe it, more than 56,000 manufacturing facilities have closed down permanently in the United States since 2001.

We have allowed our economic infrastructure to be absolutely gutted, and so we should not be surprised that our once proud cities are turning into poverty-stricken hellholes.

And this is just the beginning.  The next wave of the economic collapse is rapidly approaching, and when it strikes unemployment in this country will eventually rise to a level that is more than double what it is now.

When that happens, I wouldn’t want to be anywhere near our rotting, decaying cities. 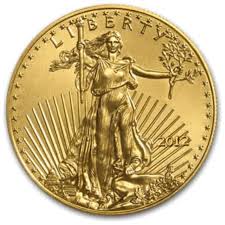