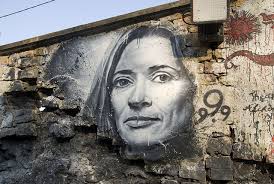 The International Swaps and Derivative Association (ISDA) published their position on the changing of the “SILVER-FIX” with the new “LONDON SILVER PRICE” and the ramifications are earth shattering for silver derivative holders:
WHAT WAS ANNOUNCED WAS A SHOCKING “GET OUT OF JAIL FREE” CARD FOR THE SILVER DERIVATIVE SHORTS AND GUARANTEED TO THROW THE SILVER DERIVATIVE MARKET INTO CHAOS as none of the silver derivative contracts are legally binding after the London Fix ends August 14th!!

When I first saw this announcement I had thought to myself, “It’s about time the ISDA came out with a ruling to replace the ‘SILVER-FIX’ with something identical to use in the outstanding silver derivative contracts.” After all, according to Bloomberg there are nearly $5T in silver derivatives traded every year!

Basically, the ISDA acknowledges the change in the form of an Amendment but then goes on to clearly state that the implementation of this contractual change it 100% OPTIONAL for all parties involved!!

“ISDA, in consultation with market participants, is issuing this statement in addition to the Amendment Agreement as a means of assisting market participants in treating Affected Transactions. Parties are not obligated to enter into the Amendment Agreement and may choose to negotiate alternative means of treating Affected Transactions.“

Not only that but they clearly state that the “SILVER-FIX” and the “LONDON SILVER PRICE” are NOT interchangeable.

At issue is billions of dollars worth of silver derivative contracts that mature after August 14, 2014 that have incorporated both the term “SILVER-FIX” as well as reference the ISDA and LBMA as governing bodies related to the setting price defined as the “SILVER-FIX”.

So let me set the stage for you…

ALL of the above has just been thrown into LEGAL CHAOS as none of the silver derivative contracts are legally binding after August 14th UNLESS both parties agree to the new terms set forth from the ISDA…which have clearly stated that the new terms are OPTIONAL!!!

We are at the End Game for silver manipulation and the Silver Bullion Banks have been given a HUGE back door in which to sneak away. I say LET THEM GO…

But let’s just make sure that they don’t try to get back in the game!

You can get free up to the minute updates on the Silver Conspiracy via email by signing up atwww.RoadtoRoota.com

May the Road you choose be the Right Road.