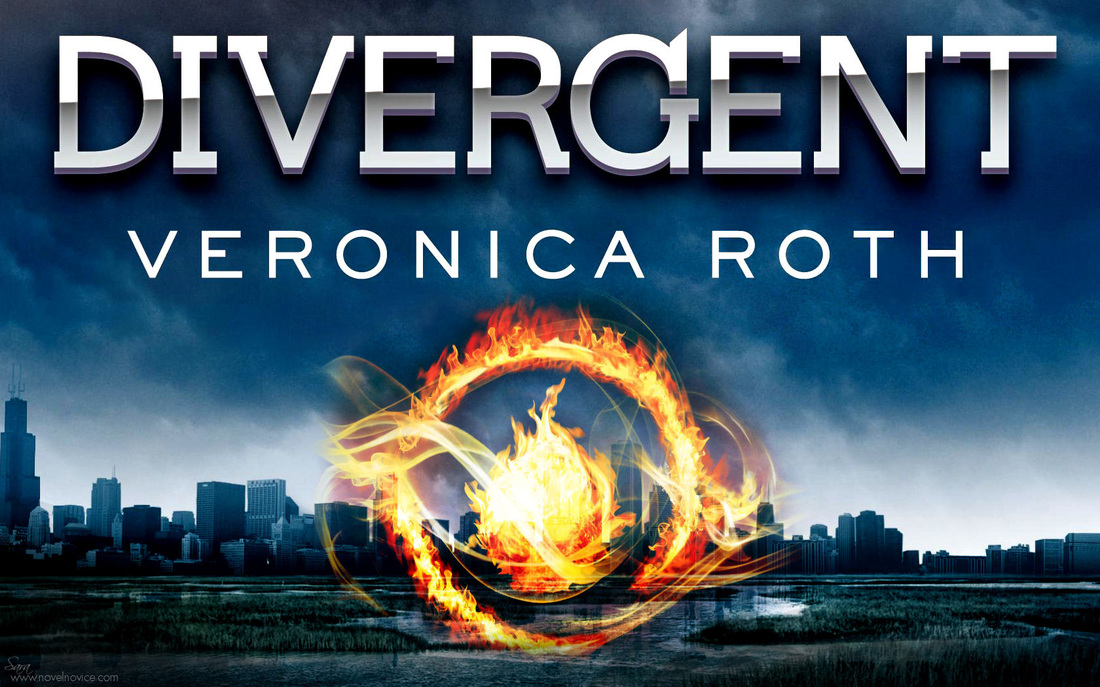 The film Divergent is the newest installment of dystopia books turned Hollywood films. In what is sure to give the 1.5 billion dollar and counting Hunger Games franchise a run for its money, Divergent appears to either be a clever warning disguised as the next teenage obsession, or another Hollywood tool of predictive programming to acclimate us.
Regardless, some of the movie’s parallels cannot be ignored. It’s curious to note that the author Veronica Roth claims that among her short list of life-changing books are non-other than George Orwell’s 1984 and Orson Scott Card’s Ender Game.  Both of which, like Hunger Games, see a technological elite ruling over a lower class of peasant-like population.
There are many glimpses in the story of Divergent that run chillingly parallel to an already announced planned society being resisted currently. In the story, the population must choose between one of five factions to spend the rest of their life in. This includes leaving their family except for a brief, emotionless exchange on Visiting Day (think prison). Those that don’t fit into a faction are deemed Divergent and cast outside the fence of the technologically advanced comfort of the city.

“You’re different. You don’t fit into a category. They can’t control you. They call it Divergent.”

When asked where the idea for Divergent came from, the author speaks specifically on the the clear trauma-based mind control found in the story by confessing:

“I was studying exposure therapy in the treatment of phobias. Exposure therapy involves confronting a person with the stimulus that scares them repeatedly, in a safe environment, until their brain rewires and they aren’t afraid anymore. ….I was also beginning to learn about social psychology and the Milgram experiment.” pg 6 (bonus material)

Stanley Milgram’s book Obedience to Authority states that his bases for his experiment (The Milgram Experiment) was to find the answer to the question of “Could it be that Eichmann (WWII Nazi War Criminal) and his million accomplices in the Holocaust were just following orders?”.Veronica Roth does nail Milgram’s theories home during scenes depicting the staged,military/trauma based mind control themed, initiation process of the Dauntless (brave) faction whose motto is “faction before blood”. Potential recruits, over the ever-present, watchful eye of ultra-psychopathic drill sergeant-like characters Eric and Four, are made to brutally fight one another, show no emotion/humanity while being forced past their limits in the name of the collective, and violently haze one another. This complete with being injected with a transmitter that sends information to a central computer for the purpose of controlling the brain’s fear response. Perhaps Roth had this quote from Milgram’s Obedience to Authority in mind during her creation process:

“Ordinary people, simply doing their jobs, and without any particular hostility on their part, can become agents in a terrible destructive process. Moreover, even when the destructive effects of their work become patently clear, and they are asked to carry out actions incompatible with fundamental standards of morality, relatively few people have the resources needed to resist authority.”

There are many glimpses in the story of Divergent that run chillingly parallel to an already announced planned society being resisted currently. In the story, society has undergone what appears to be a more strategic form of divide and conquer in which the population must choose between one of five factions to spend the rest of their life in (Hunger Games had 12 regions). This includes leaving their family except for a brief, emotionless exchange on Visiting Day (think prison). In a similar plot from the movie Hunger Games, those that don’t fit into a faction are deemed Divergent and cast outside the fence of the technologically advanced comfort of the city.

“What if they tell me that I’m not cut out for any faction? I would have to live on the streets, with the factionless. I can’t do that. To live factionless is not just to live in poverty and discomfort; it is to live divorced from society, separated from the most important thing in life: community pg 20

“This is where the factionless live. Because they failed to complete initiation into whatever faction they chose, they live in poverty, doing the work no one else wants to do” pg 25

The corporate farming we currently see devouring family and individual growers has run it’s destructive course in the story. Farms are spoke of as being few and far between. Most children have never seen one, and have to rely on stories from their parents of how things used to be.

“Most of what we eat is frozen or canned, because farms these days are far away. My mother told me once that, a long time ago, there were people who wouldn’t buy genetically engineered produce because they viewed it as unnatural. Now we have no other option.” pg 31

The common historical theme of collectivism/socialism clearly presents itself many times during the course of the story. It is representing in the form of the Abnegation faction. This faction reflects historical ideologies of Mao, Stalin, and Hitler in which the state is God and humanity exists to serve, if they are lucky. Telling lines from the book reveal this backdrop:

“Decades ago our ancestors realized that it is not political ideology, religious belief, race, or nationalism that is to blame for a warring world. Rather, they determined that it was the fault of human personality- of humankind’s inclination toward evil, pg 42

“Abnegations sees art as impractical, and its appreciation as time that could be spent serving other” pg 89

The idea of an abundant society that values and promotes the individual and free ideas is not a tone the author coveys in this futuristic novel. By extrapolating out the current path humanity is on, it is not a stretch to see this type of scenario playing out if our course is not diverted. Here are a few quotes from the book: “

”Your ranking serves two purposes,”he says “The first is that it determines the order in which you will select a job after initiation. There are only a few desirable positions available.”” pg 71

“At home, my mother and I picked up nearly identical stacks of clothing every six months or so. It’s easy to allocate resources when everyone gets the same thing, but everything is more varied at the Dauntless compound. Every Dauntless gets a certain amount of points to spend per month” pg 88

Another typical theme of the modern dystopic stories is a closed society under hyper control of a watchful, militarized security force. Again, another scenario in which art is imitating life.

“What do you think is out there beyond the fence?”…..We didn’t even have guards near the fence until five years ago.” pg 122

“Why didn’t you get a government job…..working in the control room, where the Dauntless monitor the city’s security…The Dauntless have limited options. We can guard the fence or work for the security of our city.” pg 125

“The Dauntless guards close the gate and lock it behind them. The lock is on the outside….It almost seems like they don’t want to keep something out; they want to keep us in.” pg 128

“The system removes the threat of anyone exercising their independent will. Divergents threaten that system. It won’t be safe until they’re removed.”

“You’re different. You don’t fit into a category. They can’t control you. They call it Divergent.”

The real message is that we are all “divergent”. Humanities DNA holds the collective genetic information of our ancestors, and is waiting there to be activated by those with the courage to do so by their actions (Dauntless). In fact, we all have the capability to excel in honesty, intelligence, selflessness, bravery, and peace if we simply take the field. No special traits are needed. No rigorous written tests, physical initiations, or divided factions to please. Know that every day is initiation, and the testing never stops. For each of us will be defined by our thoughts (intelligence/Erudite), beliefs (selfless/Abnegation), words (honesty//Candor), and actions (bravery/Dauntless). The real truth is that there are only two camps, those with empathy and those without. It is the rest of the world around you that will reflect those qualities and reveal the final camp in which there is an absence of aggression, as humanity attempts to find harmony and peacefulness (Amity).