Over 1.2 million America The Beautiful Coins have been sold since 2010.

The U.S. Mint set a third annual American Silver Eagle sales record in 2015. Sales of the one ounce American Silver Eagle coins are at 44,850,000 as of December 8, 2015. Lost in all the attention paid to record silver eagle sales were the strong sales of the U.S. Mint’s America the Beautiful five ounce silver coins that sold out within days of each of the five releases in 2015.

The America The Beautiful five ounce silver bullion coins are part of a series launched by the U.S. Mint in 2010 and are scheduled to be produced through 2021. There are five different ATB coins minted each year depicting United States National Parks and sites.

The sites to be featured are selected by the United States Secretary of the Treasury in consultation with the U.S. Secretary of the Interior and the governor of each state with respect to which a coin is to be issued. The coins are issued in quantities as determined “appropriate” by the Secretary of the U.S. Treasury. 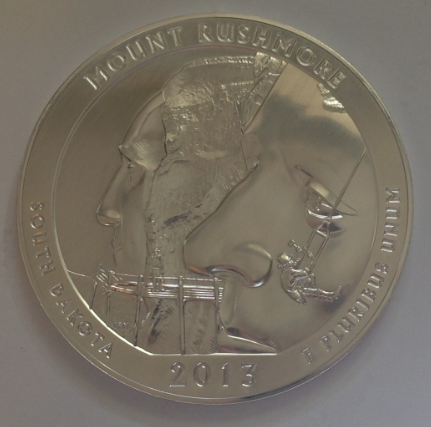